Tony Blair, Former Prime Minister of the United Kingdom, to Present a Keynote Address at the 2015 Mining Indaba 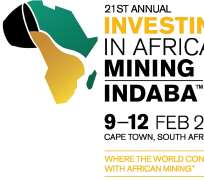 The 2015 edition of the annual Mining Indaba, the world's largest mining investment event will take place on 9 – 12 February 2015 in Cape Town, South Africa.

“Mr. Blair has vast experience as a global leader and through the charity he founded in 2008, the Africa Governance Initiative, he has worked with African governments to improve regulation and investment oversight. As a result, Mr. Blair will provide unique and charismatic insights to our global delegation who are vested in capitalising African mining,” says Jonathan Moore, Managing Director, Mining Indaba.

Tony Blair was Prime Minister of Great Britain and Northern Ireland from 1997 – 2007, having secured an historic third term in office. As leader of the Labour party, he led extensive public service reform, introduced a national minimum wage, oversaw constitutional reform, led the London 2012 Games bid and was instrumental in the Northern Ireland peace process. He also oversaw devolution in Scotland and Wales.

Continuing his role in public life, Tony Blair now works to secure peace and prosperity in the Middle East, improve governance in Africa, encourage understanding of world faiths and boost access to sport for children in the North East of England. He also remains committed to finding solutions to climate change.

The 2015 Mining Indaba is expected to draw more than 7,000 investors, mining corporates, government leaders, global press, and other industry stakeholders from 110 countries.

Mining Indaba also includes the Investment Discovery Forum on 8-9 February in Cape Town, which offers private educational and networking setting exclusively open to accredited investors (complimentary registration available) and mining corporates to engage in deal discussions. The ability to schedule unlimited number of one-on-one meetings in this forum enables investors and mining executives to maximize their ROI for their travel and time. For more information visit http://www.miningindaba.com/DiscoveryInvest.

The Mining Indaba will include a total of five and half days of deal-making and discovery showcasing ALL of Africa's most attractive investment opportunities unlike any other mining investment in the world. For more information on registration and programme, visit http://www.miningindaba.com.

[Note to Editors:] Investing in African Mining Indaba is open to qualified members of the press. All members interested in obtaining accreditation for press access must do so before 24 January 2015. Please refer to http://bit.ly/M15PR2 for required credentials and application.

About the Mining Indaba™

Investing in African Mining Indaba™ (http://www.miningindaba.com), often referred to as “the Mining Indaba™,” is an annual professional conference dedicated to the capitalisation and development of mining interests in Africa. It is currently the world's largest mining investment conference and Africa's largest mining event. For two decades, the annual Mining Indaba has served as the pathway for foreign investments into Africa's mining value chain - opportunities ranging from small diamond deposits to mega coal projects. The Mining Indaba™ is now part of Euromoney Institutional Investor PLC. Visit http://www.miningindaba.com for more details.