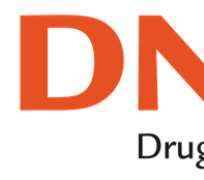 NEW ORLEANS, USA, November 4, 2014/African Press Organization (APO)/ -- Presented today at the 63rd annual meeting of the American Society of Tropical Medicine and Hygiene (ASMTH), results of a multi-centre clinical trial in Africa, launched in 2008, to test the efficacy and tolerability of ASMQ fixed-dose combination (FDC) in children under 5 years of age with uncomplicated falciparum malaria showed that ASMQ FDC is as safe and efficacious as Artemether-Lumefantrine (AL) FDC – Africa's most widely adopted treatment.

The Phase IV, open-label, randomized, controlled, non-inferiority clinical trial included 945 children under 5 years of age, who were followed for 63 days. ASMQ FDC was administered once a day during three days. The study was conducted in three African countries: Burkina Faso, Kenya, and Tanzania.

- Efficacy of ASMQ is non inferior to AL

- No concerns of tolerability were demonstrated with ASMQ or with AL

Data in Africa on the combination (AS+MQ non fixed-dose) had previously demonstrated high efficacy, acceptable safety, and tolerability. Obtaining further clinical data on the combination of Artesunate with Mefloquine in children in Africa was recommended by the World Health Organization (WHO) and its Prequalification Programme. ASMQ FDC is one of several recommended ACTs that aim to delay the emergence of resistance to the individual drug components of the combination treatment. The treatment regimen is easier to administer by the fact that the two drugs are combined into one tablet that only requires once-a-day administration over three days (as compared to twice-a-day over three days for AL).

'The ASMQ fixed-dose combination has proven its importance among tools recommended by the WHO and can now be available to African children suffering from uncomplicated falciparum malaria', said Dr Bernard Pécoul, Executive Director of DNDi (http://www.dndi.org). 'Considering that a child dies every 30 seconds from malaria, we hope that governments in affected African countries will now take up this additional treatment option to ensure their populations have access to several ACTs.'

ASMQ FDC was originally developed by DNDi and the Brazilian government-owned pharmaceutical company Farmanguinhos/Fiocruz and was registered in Brazil in 2008. A South-South technology transfer between Farmanguinhos and Cipla, India, was achieved in 2010 to facilitate the implementation of ASMQ FDC worldwide and was pre-qualified by the WHO Prequalification Programme in 2012. ASMQ FDC is currently registered in Brazil, India, Myanmar, Malaysia, Vietnam, Tanzania, and Niger, and pending registration in 17 countries in Africa and Asia.

Distributed by APO (African Press Organization) on behalf of the Drugs for Neglected Diseases initiative (DNDi).

Since the year 2000, remarkable progress has been made in the fight against malaria, with a 42% reduction in deaths globally. The WHO estimates that in 2012 there were 207 million of cases of malaria, and that 627,000 deaths were attributable to the disease, mostly in Africa (90%). Children continue to be the worst affected, accounting for 77% of all deaths, with an estimated 462,000 deaths in African children under the age of five in 2012. Most deaths were due to Plasmodium falciparum, however P. vivax is increasingly recognized as a cause of severe malaria and death.

- Simple prescription which is easy to use, based on once-daily administration

- WHO Prequalification in September 2012 (Cipla)