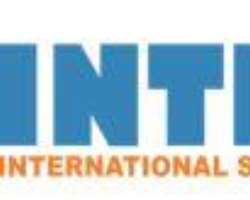 (Democracy & Good Governance, Onitsha Nigeria, 30th October 2014)-In the first part of this publication, dated 28th of October, 2014, the inevitability of social contradictions in human and other social interactions was clearly pointed out likewise their positive and negative handling styles. Social Contradictions lead to greatness and social harmony when handled positively and bring about destruction and backwardness when handled negatively. In modern warfare, solutions to social contradictions have replaced interstate warfare with intra state warfare. Technological advances brought about by information technology have also created crimes without borders such as cyber terrorism likewise “positivities” and negativities of globalization.

It was also social contradictions inherent in human society and its social environment that brought about the Hobbessian state of nature where life was said to be short, nasty and brutish. This nasty state of nature later gave birth to government; which in turn gave birth to social contract. The primitive or Hobbessian state of nature was characterized by sundry social vices such as crimes, violence, politico-economic exclusion, murder, intimidation, hunger and starvation, slavery and servitude, suppression and denial of religious freedoms, etc. Social contradictions also abolished divinity of monarchies and replaced it with supremacy of the people's voice. These were captured in the British Bill of Rights of 1689, USA Independence Declaration of 1776 and the French Declaration of the Right of Man and Citizen of 1789.

Social Contract is understood to mean irrevocable memorandum of understanding between the peoples who took their destinies in their hands following the escalation of the nasty state of nature imposed on them by their few wicked fellows who were militarily and economically advantageous. The irrevocable memorandum of understanding or social contract was designed to be permanently binding between the peoples and a body of noble personalities charged with the responsibility of overseeing the collective affairs of the society particularly provision of social basic amenities, services and security. The peoples, in turn pledged to be bound by a code containing civic responsibilities. In a nutshell, social contract means the agreement between the governed and those chosen by electoral and appointive processes to govern in the context of shared or mutual social responsibilities.

The phrase social contract has since been called different names by different ages, groups, individuals and institutions. In nongovernmental and inter governmental circles, it is called human rights (civil, political, social, economic, cultural and environmental rights). In governmental circles, it is called public or social responsibilities. In business/social enterprises' circles, it is called corporate social responsibilities. The famous social contract concept has been enacted as a social responsibility guide into thousands of global, regional, sub regional, national and local documents. In the Constitution of the Federal Republic of Nigeria 1999 as amended in 2011, the social contract as a guide for publicly elected and appointed officers is located in the Chapter Two (sections 13 to 21). It is commonly called the Fundamental Objectives & Directive Principles of the State or dos and don'ts of the public office holders. On the other hand, the civic responsibilities as a guide for the citizens are contained in Section 24.

It is important to remind that the title of this publication is: Making of Anambra Social Contract & Detoxifying Its Polity: Understanding Intersociety's Stabilizing Roles. The roles of a vibrant nongovernmental organization like Intersociety in ensuring strict adherence to the dictates of the social contract by the government and the citizens have exhaustively been captured in the part one of this publication. Part of the explained NGO (Intersociety) roles particularly in Anambra State under the prevailing socio-political circumstances is to work towards detoxifying Anambra Polity in the context of playing stabilization and public interest roles or saving the State from the toxic substances of Anambra's wicked and mercantilist political players. On the other hand, we hold a firm belief that when harlotry and stomach politicians of Anambra extraction gather to scatter, we gather to gather; when they tell lies, we correct and reinforce facts; when they loot, we expose; when they misdirect and misinform, we inform and direct; and when they direct and inform, we concur.

This publication of ours is wholly brought about by the need to remind the major political players in the State particularly the present and the immediate past democratically elected governments not to lose the sight of the fact that they are still under irrevocable social contract with the great people of Anambra State. This firm reminder is sequel to our observation that their camps appear to have been infiltrated by anti democratic and good governance forces that held the State hostage and brought untold social sufferings to the State and its people particularly between 1999 and 2006. They are reminded that the great People of Anambra State have no time for political frivolities, but real and consolidated development and transformation of their beloved State. The People of the State are deeply in a hurry to develop humanly, materially and socially and consolidate the gains of such developments.

Politics of distraction and misdirection have wrecked havoc in several States in Nigeria in recent times. In Rivers State, real governance has lost direction and media/propagandist governance has taken over. In Imo State, roots to social contract and its governmental obligation have long been lost. In Lagos State, productive or economic governance has eluded the State. Despite being the epicenter of opposition political activism with its social development and civilization dating back to 153 years ago or since 1861, Lagos State is now a N400Billion plus deficit loan based economy with over 75% of its residents wallowing in poverty.

The priceless fortunes of Anambra State must not be lost to political distraction and misdirection. For no matter how eruditely a professor is, once he or she loses his or her professorial direction, he or she becomes a professorial moron. Anambra State cannot afford to lose its new pride of place as Nigeria's newest epicenter of economic governance. The last eight years saw the State witnessing great infrastructural transformation and massive deployment of non-loan fiscal resources for multi-sectored development of its social structures and services; yet it ended its financial records with only N10.7Billion local and foreign loans and N86Billion worth of fixed cash and investments or credits. The State is also credited with over $300Million worth of direct foreign investments between 2010 and 2013 with thousands of direct and indirect employments. In Nigeria's justice sector, the State also triumphed over others by inventing staggered electoral calendar in the country. In the electoral process, the State fought poll rigging in the country to a standstill and ended the infamous era of demographic poll roguery.

In the past thirty years or more, no State in Nigeria has recorded these great feats. Intstead, fiscal recklessness has become messier in many States including the super oil States of the South-south zone. They are not only grossly indebted locally and internationally, but misapplication and misappropriation of public funds have become second to none. At the Federal level, similar rots hold sway. It is also heavily indebted locally and internationally. While internal debts of the Federal Government increased from N1.8trillion (roughly $13Billion) in 2006 to N10trillion ($72.5Billion) in 2014; its external debts have risen from about $3.5Billion in 2006 to about $10Billion in 2014. These explain why we are deeply worried over these triggers of social backwardness rearing their ugly head in Anambra State. From every social index, Anambra State has made giant strides and cannot afford any form of manmade setback. The woes of the State in the past were

traced to the doorsteps of harlotry politicians. They misdirected the like of Dr. Chinwoke Mbadinuju and he failed in governance like Somali Currency. It is our firm position that they must not be allowed any room in Anambra State of present time.

Having carefully studied the current turn of events in Anambra State, we have come to a conclusion that the people of the State will not tolerate their State and governance being delayed, distracted or toyed with. Political frivolities must give way for political realities and consolidated development of the State. In case the two camps have forgotten, art of governance is not a private liability company; rather it is a social contract concept that must be strictly adhered to at all times and inexcusably. Fundamental governance requirements in Anambra State are rested on development and sustenance and these require beyond the border resources mobilization approaches without exposing the State to serial indebtedness. Certainly, good governance has no place in the atmosphere of political distraction and uncertainty. Allowing the exit of one person or a group of persons from one political group to the other to endanger the course of public affair in a State does not augur well for the society. Governance, at all times, must be separated from party politics.

Finally, the incumbent government in Anambra State has mountainous tasks before it that give it no time for distraction and misdirection. Governance is clothed in the layers of social contradictions and the way they are handled make or mar political leaders. Years ago, Dr. Chinwoke Mbadinuju, with his basketful of university degrees, was faced with the task of handling Anambra's social contradictions as Anambra governor; he lost focus and failed disastrously.

Today, he is not counted among those whose names are written in the Anambra's Gold Register. Similar social contradictions laid on electoral roguery brought Dr. Chris Ngige to power in the State and it was a handling style brought by Obi and Company that changed the course of social events as we are seeing them today. Mbadinuju has come and gone, Ngige has come and gone and Obi and Company have also come and gone with history taking note of their activities in office and treating them accordingly. Now, it is Willie Obiano's turn to shine or darken himself in the eyes of people, history and God. Our support for good governance in Anambra State remains irrevocable.