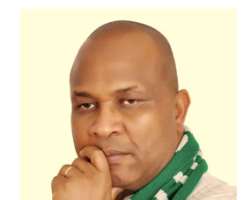 Since the Garden of Eden, there have always been issues about the role of women both at home and in society, particularly in Africa.

The First lady of the Federal Republic of Nigeria, Dame Patience Jonathan, is renowned globally for championing the cause of women. At the First lady's capacity building workshop for female governorship aspirants, held in Abuja on Wednesday, October 15, 2014, the issue of electing female governors in 2015 was addressed. Present were three front-runners for governorship in their respective states. They were Senator Chris Anyanwu (Imo) Senator Nkechi Nwogu (Abia), and Dr. Mrs. Esther Uduehi (Delta). These women echoed the concerns of the first lady about under-representation of women in politics. Dr. Uduehi was quick to add that “in this century, we should not be talking about man or woman, but rather whether the person is qualified.” The First Lady of the Federal Republic of Nigeria, Initiator and Grand Patron of Women for Change and Development Initiative (W4CDI), Her Excellency, Dame (Dr.) Patience Goodluck Jonathan

This also was a theme at the recently concluded Women Leadership Summit in Asaba. The amiable outgoing Governor of Delta State was quoted as saying that “Women must come together to win in a man's world.” Delta State Governor, Dr. Emmanuel Eweta Uduaghan, CON, who was the host of the Maiden edition of The Sun Women Leadership Summit on Wednesday, October 8, 2014 in Asaba, added that “they should refuse to be used to pull down or limit their fellow women in whatever field of endeavor. The women must agree to work together, they will win in elections by refusing to be manipulated by men and not be used against their fellow women.” Which State will show that it is progressive by electing the first female governor? The first lady has been in the forefront of ensuring that women are no longer marginalized with her global Women for Change and Development Initiative (W4CDI), which apparently is “a socio-cultural organization that seeks to better the lot of the Nigerian woman economically, socially and politically.” W4CDI is similar to African Women leadership organization (AWLO), which recently held its annual conference in Atlanta, USA with the theme AFRICAN WOMEN: HARNESSING OUR STRENGTHS, GROWING IN ALL SPHERES. AWLO mission is “to bring together female executives, professionals and leaders to further advance the leadership status of women in the continent and fulfill the objectives of the organization.”

Two specific objectives of AWLO are: “To challenge African women to aspire to take up leadership positions in their respective countries;” and “To support and initiate strategies that improve access to legal, political, economic, educational, health services to advance the status of women in the region.” Clearly, ensuring that women have a level playing field that ensures the election of a female governor is within the ambit of AWLO, which is also an extrapolated aim of W4CDI, which states on their website that “Women for Change and Development Initiative is committed to the creation of a movement that will engender the mass awareness of women at all levels to their human rights and obligations as citizens of Nigeria.”

According to the South-East Zonal Coordinator of W4CDI, Mrs. Uzuamaka Obianujunwa, W4CDI was established in 2010 and since then “The First Lady has been at the forefront canvassing for 35 per cent participation of women in governance in terms of political appointment and elective positions.”

To achieve 35%, it means at least 13 states should have female governors. In Delta State, Dr. Uduehi, who is partly Ukwuani (Delta North) and partly Urhobo (Delta Central), appears poised to achieve the feat of being the first female elected governor in Nigeria, based on her intimidating qualifications. She has also achieved a lot of firsts in her life including first female Sole Administrator of a Local Government Area, first female CEO of state owned companies as Permanent Secretary in Commerce and Industry, first female Special Adviser to the President, first female head of a State media house (Bendel Broadcasting Service) and first female Deputy Treasurer of a political party. Part of Dr. Uduehi's pedigree includes the fact that her junior sister is a Professor and her elder sister was the first female SSG in Delta State, a fact acknowledged by the acting President-General of Urhobo Progress Union (UPU), Chef Joe Omene, at a recent consultation visit. Chief Omene even said concerning Uduehi that “He said “who is saying a woman is not competent to rule Delta State? In fact if a woman rules this state I think it will be better for all. More so a woman who have been the first female Sole Administrator of a Local Government Area, first female CEO of state owned companies as Permanent Secretary in Commerce and Industry, first female Special Adviser to the President, first female head of a State media house and first female Deputy Treasurer of a political party. A woman, who has risen to this level and has achieved those feats without any question - why can't she rule the state, it is not easy to achieve what she has achieved. Very few men can achieve that. First this, first that and now she is aspiring to add first elected female governor in Nigeria to her achievements.”

A State like Delta, considered a microcosm of Nigeria, is delicate and requires delicate but experienced hands. Part of the complexity of Delta is the marginalization-induced clamoring of Delta Central that Urhobo must produce the next governor and the equity-based counter-argument by Delta North, Dr. Uduehi is uniquely position to pacify both sides based on her dual background of Delta Central and Delta North, combined with being a very qualified aspirant that has been tried and tested and is trustworthy. Dr. Uduehi is currently Chairman of the governing board of the National Commission for Mass Literacy, Adult and Non Formal Education.

I believe the ruling PDP understands the danger inherent in picking a candidate that cannot assuage the feelings of both Delta Central and Delta North. Furthermore, a female candidate of the caliber of Dr. Mrs. Uduehi would galvanize the women and ensure that the President gets the needed votes for his re-election, especially with the first-lady's interest in making sure women get their fair share of elected positions. Dr. Uduehi is also from the Ndokwa area of the state that has never produced a governor or deputy governor. Apparently, some people from the Urhobo dominated Delta Central Senatorial zone, are more likely to accept an Ukwuani governor.

While the rest of the world has been very progressive with women, including electing female presidents, female Prime Ministers, Nigeria is still lagging behind and the world is waiting to see if 2015 will be a watershed year that ushers in a new Nigeria.

Let us catch up!

*Rev. Akpodiete, a public affairs analyst writes from Asaba. He is also an aspirant for Udu/Ughelli North/Ughelli South Federal Constituency in Delta State. Contact him on 08138391661 or [email protected],