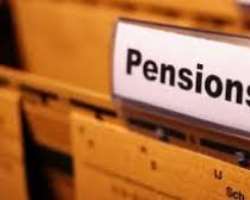 Some federal civil service pensioners in Lagos on Saturday called on the Federal Government to find a lasting solution to the delay and non-payment of their gratuity, pensions and other entitlements.

The pensioners, who spoke to the News Agency of Nigeria (NAN) described post retirement life as difficult and stressful.

According to them, most of the agencies created by the government to oversee pension affairs only give attention to bureaucratic issues rather than concentrating on paying the entitlements of retirees.

Mr Emeka Alicha, who retired in 2006, said that all his effort to get his pension since retirement had been futile.

'Since I retired in 2006 I have been going up and down struggling for my pension but all efforts have been in vain as I have not been paid a dime after my gratuity.

'I have visited different offices in Lagos and Abuja without any positive result,'' Alicha lamented.

The pensioner said that he had taken to doing menial jobs such as security to survive.

Alicha's colleague, Mr John Emerokwem, who retired two years earlier, said that after receiving his gratuity and pension for a while his name was removed from the pay roll.

'I received gratuity and I was receiving my monthly pension until 2010 when the peanut stopped coming.

'I am not happy. If not for help from my children I would have died of hunger,'' Emerokwem said.

Ms Cecilia Pereira, a 2002 retiree from the Federal Ministry of Police Affairs, described her experience as unpalatable.

'The experience has been so stressful. Our effort in getting the peanut is more than the token we are asking for,'' Pereira said.

According to her, the late payment or non-payment had brought her embarrassment in paying for her electricity and other utility services.

Another 1997 retiree from the Federal Ministry of Agriculture, who gave his name simply as Mr O. Oseni, said that since retirement he had not received both gratuity and pension.

'Since I retired, my gratuity has not been paid up until now. We have been coming and going without any fruit,'' he said.

The pensioner, however, expressed optimism that the newly established Pension Transitional Arrangement Directorate would bring the plight of retirees to an end.

Also speaking, Mr Benson Ayoko, a 1983 retiree, said that the situation had brought serious embarrassment to the nation.

'All irregularities in pension payment are a serious embarrassment to our nation.

'I stopped being paid since July, 2010 and there is no justification for removing my name from the payroll,'' he said.

Mr Peter Ohai, a 1999 retiree from the Federal Ministry of Information said: 'I can't still understand why our money should be held on to without paying us, it's sad.

Reacting to the development, Mr Sanni Olalekan, the Lagos State Chairman of Federal Civil Service Pensioners under the aegis of the Nigeria Union of Pensioners, decried the manner pension fund was managed in the country.

Olelekan pleaded with pensioners not to be frustrated by government's series of screening of pensioners but should make themselves available for such exercises.

He chairman said the creation of PTAD in 2013 by the government showed government's commitment to ending all crises related to pension administration in the country. (NAN)