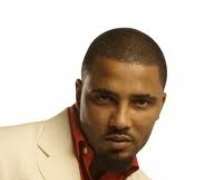 The Performing Musicians' Employers' Association of Nigeria (PMAN), has sent an SOS to President Goodluick Jonathan and Honourable, Aminu Tambuwal, Speaker, House of Representatives, calling for the immediate liberalization of collective administration in Nigeria.

In two separate letters, PMAN disclosed that it has written series of letters to the Nigerian Copyright Commission (NCC), and the Honourable Attorney General of the Federation and Minister of Justice, Mohammed Bello Adoke (SAN) on the issue but had received no response.

In a chat with Journalists, the Chairman, PMAN Care Taker Committee, Kevin Lucciano Gabriel, lamented that the monopoly was killing entertainment business in Nigeria:”The forced monopoly in the copyright administrative system in Nigeria is killing entertainment business even more than piracy. We have demanded for audience but PMAN has not received any response or action on its requests from NCC.

“In August 2010, a group of entertainment practitioners, under the aegis of Concerned Copyright & Intellectual Property Owners (CCIPO), protested against the imposed monopoly and the Honourable Attorney General promised to reverse the situation within two weeks. Four years on, the problem is still there and this is unacceptable,” Gabriel added, recalling that in May 2013, PMAN, alongside other stakeholders, participated in the Investigative Public Hearing organized by the House of Representatives Committees on Justice and Judiciary, and the committee presented its report and recommendations to the plenary session of the House of Representative on December, 18, 2013, after it fully adopted the report and its recommendations and passed far-reaching resolutions directing the NCC to immediately end the monopoly.

Gabriel disclosed that one of the resolutions was that the NCC should approve MCSN as a collecting society immediately and described the continued refusal to register MCSN as casting NCC as being compromised and pursuing the interests of a particular section of the industry among others.

“More than nine months after, the NCC has done nothing to carry out the directives of the National Assembly and this is tragic!”

Gabriel added that there are two subsisting court judgments against NCC's illegality and unconstitutionality in its application of its regulatory powers against MCSN and there is no court ruling or order staying the execution of the judgments till date, but the NCC has refused to obey the judgments.

“PMAN is equally not aware of any court judgment where the operations or existence of MCSN was declared illegal or unconstitutional; rather the opposite has remained the case.

“Now we are faced with a regulatory agency which is acting with absolute impunity in order to protect the vested interests of a cabal. Perhaps the situation would have been far more different today if the National Assembly had recommended that the leadership of the NCC be investigated by anti-corruption bodies.

“PMAN believes that this is not too late, if we are serious about cleaning up the country and set it on a firm path of development. What NCC is saying by their determination not to obey the National Assembly's directive is that the National Assembly is a toothless bulldog!

“NCC is equally rubbishing the Transformation Agenda of the President, which is aimed at enthroning the rule of law and obedience to court judgments and orders, respect for the fundamental human and constitutional rights of citizens and opening up the entire economy for all Nigerians to participate.

“It is on this basis that PMAN is calling on President Goodluck Jonathan to wade into this matter and call the officials of the Nigerian Copyright Commission to order. PMAN equally calls on the Honourable Speaker of the House of Representatives, Rt. Hon. Aminu Tambuwal, to bring the powers of the National Assembly to bear on these erring officials of the NCC.

“Finally, PMAN wants to state categorically that the present monopoly being enjoyed by a private company cannot benefit the entertainment/creative industry and individual stakeholders. If all other sectors of the Nigerian economy have been deregulated and liberalized, why singling out only our sector for stifling monopoly.

“If Monopoly is bad for all these other sectors, including the political sector where we have more than 50 political parties jostling for power, definitely, it cannot be good for the music and the creative industries at large,” Gabriel concluded.