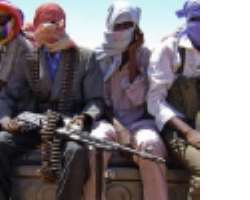 SAN FRANCISCO, October 18, (THEWILL) - Boko Haram gunmen shocked Nigerians Saturday as they invaded two Borno villages less than 24 hours after a ceasefire agreement was sealed between them and the Federal Government.

The  attacks, according to local sources, claimed about 10 lives, saying  “Just as we have started celebrating a ceasefire, we got news that these terrorists have attacked Borno again, giving us an indication that there was no such agreement or perhaps there are more that a terror group.”

The gunmen were said to have stormed Maikadiri in Abadam Local Government, in the northern part of Borno, in two vehicles Friday evening, “shooting into residents' homes.”

A local vigilante, Kashim Abba, said   on Saturday that the action of the gunmen has indicated that there was no ceasefire .

Abba disclosed that when the insurgents raided Abadam Local Government Area, they  killed the father of the former speaker of Borno State House of Assembly, Goni Ali Modu.

Another indigene of one of the attacked communities, Zannah Kaka, who now lives in Maiduguri, told THEWILL thus:â€Ž  “I am worried for I have aged relatives there and my brother who was able to flee to Monguno called to inform me early this morning but we couldn't get across to our aged parents.”

In the attack Saturday morning on Shaffa, Hawul Local Government, Borno South, many  Boko Haram gunmen were said to have stormed the nearby village, shooting  sporadically, killing no fewer than eight persons, while other residents escaped into the bush.

“There was pandemonium in Shaffa as Boko Haram invaded the nearby village,  shooting at everybody at sight. We had to flee into the bush and as I am talking to you, many of us are taking refuge in the bush,” a local resident told THEWILL.