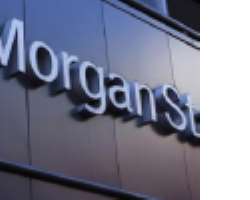 The bank has been reducing its exposure to the volatile trading business and its increasingly burdensome regulations, and has been concentrating instead on wealth management as a way to achieve a more stable source of revenue.

But it was a surge in revenue from bond trading and fees for underwriting IPOs and advising on takeovers that were mainly responsible for the surge in earnings in the latest quarter.

BONDS COME TO LIFE
After a long period of sluggish activity, the bond market was jolted to life in September by upbeat U.S. economic data, stimulus steps taken in Europe, and the shock exit of trading superstar Bill Gross from bond trading giant Pimco.

Like several other big banks, Morgan Stanley has been shrinking its bond trading business, giving Goldman an opportunity to take market share.

“We are well positioned to create superior returns for our shareholders, particularly as the U.S. economy continues to strengthen,” Chief Executive and Chairman James Gorman said in a statement.

On an adjusted basis, the bank earned 65 cents per share, according to calculations by Thomson Reuters I/B/E/S. On this basis, analysts had expected earnings of 54 cents per share.

Morgan Stanley's wealth-management business achieved a pretax profit margin of 22 percent, above the 20 percent that Chief Executive James Gorman has set as a minimum target and the 21 percent reported for the second quarter.

Still, the bank's adjusted return-on-equity was 9 percent in the quarter, below both the 10 percent minimum Gorman is trying to achieve and the 10.7 percent return in the second quarter.