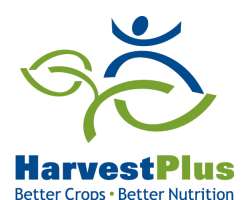 LUSAKA, Zambia, October 16, 2014/African Press Organization (APO)/ -- Just ahead of World Food Day, a study published in the American Journal of Clinical Nutrition (http://goo.gl/AwrAkl) has established that 'orange' vitamin A maize increases vitamin A storage in the body. This maize has been conventionally bred (non-GMO) to have higher levels of beta-carotene, a naturally occurring plant pigment that the body then converts into vitamin A.

Lack of sufficient vitamin A blinds up to 500,000 children annually and increases the risk of death from disease (such as diarrhea in children). Vitamin A deficiency is widely prevalent in Sub-Saharan Africa. Foods that are good sources of vitamin A, such as orange fruits, dark leafy vegetables, or meat, are not always available, or may be too expensive in some regions. In many African countries, people eat large amounts of staple foods like cassava or maize. For example, in Zambia, people eat up to a pound of white maize daily. However, this white maize provides no beta-carotene. Switching to orange maize, which is rich in beta-carotene, could potentially provide maize-dependent populations with up to half their daily vitamin A needs.

In this controlled efficacy study, children from the Eastern Province of Zambia were randomly assigned to three feeding groups and received either white maize, orange maize, or a daily vitamin A supplement. After three months, both groups that received either the orange maize or vitamin A supplements showed significant increases in their total body stores of vitamin A, with no changes observed in the group that received white maize.

Lead scientist Sherry Tanumihardjo said “we were surprised to find that most of the children in this study already had substantial stores of vitamin A. We attribute this to the success of fortifying sugar with vitamin A, the provision of vitamin A supplements to young children, and perhaps better diets. Yet, despite having adequate vitamin A stores, we still saw this store increase in children as a result of eating the orange maize. So, I'm confident that orange maize would be especially effective in increasing body stores of vitamin A in populations suffering from vitamin A deficiency.” Unlike the form of vitamin A found in supplements and fortified foods, the body regulates conversion of beta-carotene into vitamin A, and consuming high levels of beta-carotene is not harmful to health.

Several orange maize varieties have been released by the governments of Zambia and Nigeria. In Zambia, HarvestPlus (http://www.harvestplus.org) has provided orange maize to more than 10,000 farming households and is now working with the private sector with the goal of reaching 100,000 famers by 2015. According to Eliab Simpungwe, HarvestPlus Country Manager for Zambia, “the orange maize has been embraced by consumers once they have had a chance to taste it. When they also understand the benefits of vitamin A in the diets they are all the more enthusiastic about orange maize.” The orange maize varieties released are also high yielding, disease and virus resistant, and drought tolerant.

The Zambian Government has officially recognized biofortification, which it includes in the National Food and Nutrition Strategic Plan for Zambia 2011-2015. Musonda Mofu, Acting Executive Director of the National Food and Nutrition Commission in Zambia and who was also on the study team, said “there are still many pockets where vitamin A deficiency remains a problem in Zambia. Food-based approaches such as orange maize can provide people—especially women and children—with a good portion of their daily vitamin A needs through nshima or other traditional foods made from maize, that we Zambians eat every day. For us, this is cost-effective and a safe approach to improving nutrition."

HarvestPlus and its partners have developed and disseminated other conventionally bred crops to provide needed vitamins and minerals in the diet. These are vitamin A cassava (Democratic Republic of Congo, Nigeria), vitamin A orange sweet potato (throughout Sub-Saharan Africa) and iron beans (Democratic Republic of Congo, Rwanda, Uganda). Zinc wheat and rice and iron pearl millet have been targeted to South Asia.

Distributed by APO (African Press Organization) on behalf of HarvestPlus.

Biofortified orange maize is as efficacious as a vitamin A supplement in Zambian children even in the presence of high liver reserves of vitamin A: a community-based, randomized placebo-controlled trial (http://goo.gl/Kqj54y),

- Vitamin A equivalence of the β-carotene in β-carotene–biofortified maize porridge consumed by women: http://goo.gl/pOI4jY

More About Vitamin A Maize

Maize is the third most important cereal food in the world, and is a staple food for more than one billion people in Sub-Saharan Africa and Latin America. It is high in carbohydrates but lacks essential micronutrients such as vitamin A. Maize exhibits tremendous genetic diversity, and there are many types with high levels of beta-carotene, a naturally occurring plant pigment that is converted by the body into vitamin A when the maize is eaten. This genetic diversity has been used to conventionally breed new varieties of maize that are high-yielding and also rich in vitamin A. HarvestPlus has partnered with many institutions to develop and test orange maize, including the International Maize and Wheat Improvement Center (CIMMYT) (http://www.cimmyt.org/en), International Institute of Tropical Agriculture (IITA) (http://www.iita.org), Zambia Agricultural Research Institute (ZARI) (http://goo.gl/NCgy4y) and Purdue University.

HarvestPlus (http://www.harvestplus.org) leads a global effort to improve nutrition and public health by developing and deploying staple food crops that are rich in vitamins and minerals. These are cassava, maize, and orange sweet potato that provide more vitamin A; beans and pearl millet that provide more iron; and rice and wheat that provide more zinc. We work with public and private sector partners in more than 40 countries. HarvestPlus is part of the CGIAR Research Program on Agriculture for Nutrition and Health. CGIAR is a global agriculture research partnership for a food secure future. Its science is carried out by its 15 research centers in collaboration with hundreds of partner organizations. The HarvestPlus program is coordinated by two of these centers – the International Center for Tropical Agriculture (CIAT) (http://ciat.cgiar.org) and the International Food Policy Research Institute (IFPRI) (http://www.ifpri.org).