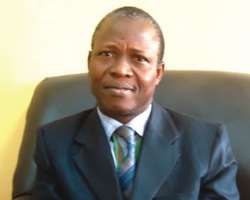 Health workers in the country will begin an indefinite strike today over sundry issues, including the unresolved leadership crisis in the health sector, non-commencement of residency training programme for health professionals, non-implementation of new call duty allowance and non-payment of arrears.

National President of Nigeria Union of Allied Health Professionals, Felix Faniran, who announced the commencement of the strike in Ibadan on Wednesday, accused the presidency and Minister of Health, Prof. Onyebuchi Chukwu, as being behind the crisis in the health sector.

Faniran said, 'In May 2010, the unions in the health sector under the auspices of Joint Health Sector Unions presented a memorandum to the government containing some demands. A presidential panel headed by Justice Abdulahi Bello Gusau was set up in August to look into the demands. This panel was inhibited from carrying out its duties by both the Nigerian Medical Association and the Minister of Health by way of protests and criticisms on the part of NMA while the minister obstructed the committee by starving it of funds and issuance of circulars to pre-empt the outcome of the panel.

'The panel managed to submit its report in November, 2011, but till date none of the 27 recommendations of the panel has been implemented. It should be noted that another panel, the Ministerial Committee on Medical/Dental Practitioners Residency Programmes, which was set up the same day with Abdulahi Bello's committee, did not only complete and submit its report as scheduled, its recommendations are already being implemented.'

He added that the five-point agreement signed between the government and the health workers' union in May, 2012, was yet to be implemented by the government.

He explained, 'These include the promotion of our qualified members to the post of Directors in the Federal Ministry of Health and parastatals; extension of retirement age from 60-65 years and 70 years for non-consultants respectively; and constitution of the management of boards of hospitals to reflect good presence of other health care professionals rather than the present situation where only medical practitioners dominate each board with 10 members out of 13 members.'

The effect of the strike should be blamed on government that ignored all avenues to avert it, the NUAHP president said.