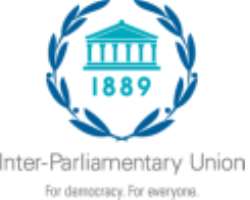 Deploring the loss of life to Ebola and concerned by the high risk of the virus spreading globally, the resolution acknowledged that although many countries had already provided support, the international community had been slow and its response to the epidemic had been insufficient.

The resolution appealed to States and to those already providing assistance to redouble their efforts to heighten public awareness on the disease and vigorously counter stigmatization. Effective security and health protocols were similarly required to limit the transmission and scope of the Ebola epidemic which, according to the United Nations, could become a humanitarian disaster with immeasurable consequences.

IPU Members underscored the impact the epidemic was having on food and water supplies and on the economies of affected countries, compromising their political stability.

Welcoming the establishment of the UN's Mission for Ebola Emergency Response (UNIMEER), IPU called on all affected and responding countries as well as international organizations to coordinate their work to ensure success in controlling the current Ebola outbreak.

With thousands of people having died in some of the poorest countries in the world, the resolution urged the pharmaceutical industry, research institutions and the private sector to invest in viable treatment options and affordable vaccines against Ebola.

Longer-term solutions included parliaments enacting legislation to improve health systems and being better prepared to deal with health emergencies and the humanitarian crises which could ensue.

The IPU resolution recommended plans be drawn up to help affected countries recover quickly from the negative effects of the Ebola crisis and for the international community to set up a rapid health response to cope with health crises such as this one.

The result of an emergency debate during the 131st IPU Assembly, the resolution ultimately suggested the inclusion of public health in long-term development programmes.