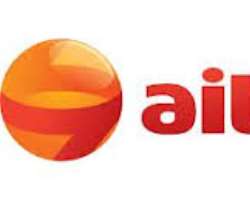 More facts have emerged about the ownership structure of the consortium that acquired Oil Mining Lease (OML) 29 along with the 60-mile Nembe Creek trunk line that has been sold by Shell and its partners in a $2.562 billion deal. Shell, operator of the oil lease, has sold 30 per cent in the oil field and pipeline, while France's Total and Italy's Eni SPA have disposed of 10 per cent and 5 per cent, respectively, in the oil block to local investors. The balance of 55 per cent will be retained by the Nigerian National Petroleum Corporation (NNPC) under a Joint Operating Agreement (JOA). Contrary to earlier reports, the Aiteo Group-led consortium and not Taleveras is the principal shareholder with an equity stake of 85 per cent. Other members of the consortium include Tempo Energy Resources - promoted by Timi Aladetimi, who is also the owner of Ankorpoint Energy - which has a 10 per cent stake, while Taleveras, owned by Igho Sanomi, holds 5 per cent equity in the consortium. In a statement issued by Mrs. Oseyemi Oluwatuyi of the Communications Department of the Aiteo Group, stating,  'therefore it is total misinformation in the local and international media that it is the 'Taleveras-led consortium' that acquired OML 29 divested by Shell,' she said. She revealed further that the clarification had become necessary to correct the misleading media reports about the acquisition of OML 29, the most prolific of the oil blocks currently being sold by Shell. 'The Aiteo Group, whose major business areas include exploration and production, issued this statement in order to clarify various print and online media reports that carried misleading stories about the details of the transaction,' she added. Also, in an extract of the shareholding structure sighted by THISDAY, the number of shares issued puts the total number of shares of the consortium at 2.7 billion units of shares, with Aiteo Energy Resources Limited holding a total volume of 2,294.999,999 billion shares. Tempo with its 10 per cent equity holds 270 million shares, while Taleveras with a total of 135 million shares which represents its 5 percent equity participation. She also put the total cost of the acquisition at $2.7 billion, stating that while $2.562billion was the actual cost for the acquisition of the block and Nembe pipeline, the balance has been earmarked as working capital.

Further checks reveal that 5 per cent equity does not even entitle Taleveras to a seat on the board of the consortium as it falls short requirement of the 10 percent share equity to qualify for a board seat.

Further confirming its minority status in the Consortium, Taleveras Energy Resources also  issued the following statement ''in response to the recent international and local media focus on the divestment of OML-29 by Shell Petroleum Development Company and would like to set the records straight as follows:

Taleveras has embarked on a long-term strategy to expand our presence in the upstream oil & gas sector, and to this end has partnered in a minority role in Aiteo consortium that is seeking to acquire 45% interest in OML-29 in line with this strategy. Taleveras is a minority investor only. Taleveras is also NOT the lead member or Co- Lead, in this consortium as widely reported. Taleveras also states that the Preferred Bidder for OML 29 is Aiteo consortium and not Aiteo, Taleveras as widely reported. Taleveras commends the Lead Role played by the Promoter and Majority Shareholder Aiteo Energy Resources Ltd Represented by Mr Benedict Peters, as the consortium headed by Aiteo, works towards actualising the success of this bid.

All questions relating to the divestment process for OML-29 or the Aiteo consortium should be directed to Aiteo Consortium henceforth.''

The Aiteo Group consortium beat several other indigenous and international companies to emerge winner and preferred bidder in a transaction that saw the group acquiring the assets for $2.562 billion. Under the on-going divestment programme of four Nigerian oil blocks by Shell, Midwestern Oil & Gas Plc/Mart Resources/Suntrust Oil, under the Erotron Consortium, won the bid for OML 18, having offered $1.2 billion for the oil block. OML 29 and the Nembe pipeline was won by the Aiteo-led consortium; Pan Ocean Oil Corporation Nigeria Limited, operator of the NNPC/Pan Ocean Joint Venture, clinched OML 24 after submitting a bid of $900 million; while Crestar won OML 25. The Africa Oil & Gas Report has put OML 29's proven and probable reserves (P1+P2) at about 2.2 billion barrels of oil equivalent (boe), while its hydrocarbon fields could deliver as much as 160,000 barrels of oil per day and 300 million standard cubic feet of gas per day (mmsc/d) at peak output, with a focused, aggressive work programme. However, despite Aiteo's ability to meet Shell's  payment terms, the transaction would only be concluded after a ministerial consent is granted by the Minister of Petroleum Resources, Mrs Diezani Alison-Madueke, as provided by the Petroleum Act. Thisday