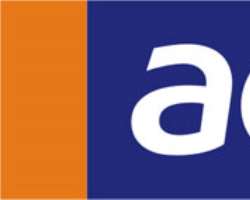 Access Bank Plc has announced a profit before tax of N44.2bn for the nine months ended September 3 2014. The bank the figure represented a 20 per cent increase on the N35.1bn it recorded during the same period in 2013.

The bank said in a statement on Thursday that the rise in profit was due to improved efficiency, rising market share and strong risk management practices.

The group's unaudited nine months' results, which it filed with the Nigerian Stock Exchange on Thursday, showed that its gross earnings rose by 17 per cent to N182bn from N154bn in the corresponding period of 2013.

The growth in gross earnings was driven by an increase in interest income from loans, it said.

'Further analysis of the result indicated that Access bank continued to improve on its operating efficiency and steady income growth resulting in cost to income ratio of 61 per cent in third quarter 2014 compared to 75 per cent,' the statement said.

The Group Managing Director, Access Bank, Mr. Herbert Wigwe, was quoted as saying, 'The Bank's resilient Q3 2014 results reflect consistent improvement in our balanced growth and target metrics. Our performance over the past three quarters demonstrates the effectiveness of our corporate strategy as the Bank continues to grow its market share in key segments whilst enhancing shareholder value.

'We have implemented a disciplined and conservative capital enhancement plan, designed to ensure we maintain our moderate risk appetite. This will ensure a stronger capitalised Bank, enabling us to remain competitive and take advantage of significant market opportunities in the execution of our long-term strategy,' he added.

Access Bank is a leading African bank, operating 366 branches and 1,043 ATMs in major centres across Nigeria and with subsidiaries in Sub-Saharan Africa and the United Kingdom. Listed on the Nigerian Stock Exchange in 1998, the Bank now has over 835,000 shareholders.