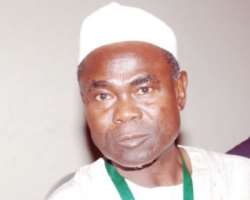 The Nigerian Postal Service (NIPOST) intercepted fake financial instruments worth N13.65bn in the first nine months of this year.

The Postmaster General of the Federation, Mallam Ibrahim Baba, disclosed this in Abuja on Thursday while briefing newsmen on activities of NIPOST in a ceremony to mark the 2014 World Post Day.

He also said the postal organisation handled 24,213,750 mails in the first half of this year.

'As a result of physical inspection of documents/postal packets being transmitted through NIPOST, 159 scam letters containing counterfeit financial instruments and other prohibited items were intercepted,' Baba said.

According to the NIPOST boss, the major destinations of the counterfeit mails were Britain and the United States, adding that the two countries had been extending assistance to the postal organisations to control the transmission of counterfeit mails.

On volume of mails handled in the first half of the year, Baba said, 'Despite security challenges in the country, which have adversely affected mail delivery service, there was an improvement in the number of mail items handled from January to June 2014 when compared to the number of traffic handled in the same period in 2013.