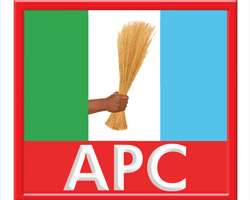 The Adamawa chapter of the All Progressives Congress (APC) said Wednesday's Federal High Court judgment which sacked Acting Gov. Umar Fintiri of Adamawa was a welcome political development for the state and the entire country. An Abuja Federal High Court had ordered that former Deputy Gov., Mr Bala Ngilari, should be sworn in immediately as the state governor, thereby nullifying his alleged resignation from office before the impeachment of ex-Gov. Murtala Nyako. The state Chairman of APC, Madam Binta Garba said in Yola on Wednesday that with the outcome of Ngilari's case, the party was hopeful that Nyako, who was also challenging his removal, would return. ' One down, we are looking to the next judgment regarding Nyako with full hope. 'Once more, the judiciary deserves commendation for checking impunity, ' Garba said. Garba said the judgment had affected the party's rally scheduled for the day in Yola. ' We will ask dignitaries yet to arrive to stop coming, but our flag bearer will go to the venue now to show appreciation to party faithful that turned up for the rally.' Also reacting to the development, the state Secretary of PDP, Mr Tahir Shehu, said whether the election held or not, it was a 'win win' situation for the party. 'Whatever the case is, it is a win win for PDP.' Meanwhile, staff of the Deputy Governmor's Office were seen jubilating over the development while in other government offices and the state capital, people gathered in groups discussing the matter(NAN)