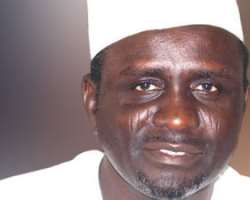 Schools in at least 11 states of the country are set to resume a new academic session today (Wednesday) after a forced holiday occasioned by the Ebola Virus Disease outbreak.

The states which had earlier shunned the September 22 resumption date announced by the Federal Government, picked October 8, as a more realistic resumption date to enable them to put in place the logistics required to prevent the spread of the Ebola Virus Disease and also observe the Eid-el-Kabir holiday.

Some of the states commencing academic activities today include Rivers, Benue, Lagos, Ekiti and Oyo.

However, some states such as Niger, Zamfara and Adamawa, will resume on October 13.

In a telephone interview with our correspondent on Tuesday, the National President, Nigerian Union of Teachers, Mr. Michael Alogba, said the resumption was not nationwide as schools in some states had earlier resumed classes, having received the preventive equipment from the government.

The NUT had ordered its members to stay at home until the materials, such as digital non-contact thermometers, soaps, sanitisers and basins were provided.

'I'm sorry I don't have a comprehensive list right now. But I know Lagos and Ogun states are resuming tomorrow. Our directive was that state wings of NUT should monitor the degree of compliance with the provision of safety measures and formally notify us. But the resumption tomorrow (Wednesday) is not nationwide. Some have resumed earlier. Many of them have reported total compliance to us and they include Lagos, Ogun, Rivers and Ebonyi states,' he said.

Asked what lessons were learnt with the Ebola Virus Disease scare, Alogba said that the disease had revealed the underbelly of the education sector.

'It has exposed the deplorable state of hygiene in our schools. Ordinarily, we don't need to cry to the high heavens before we could have water in our schools. But the EVD has exposed our shortcomings. Let everybody begins to do what is right. Government should know that it is accountable to the people,'' he added.

The Association of Senior Civil Servants of Nigeria had last month ordered its members to go on strike over the inability of the Federal Government to pay their promotion arrears from 2007 to 2010.

In a statement, the ASCSN Secretary-General, Mr. Alade Lawal, said, 'By this decision, the 104 Federal Unity Colleges will not re-open for the next academic session scheduled to begin on September 22. Records available to us indicate that the Federal Ministry of Education had collected the money meant for the settlement of these arrears from the Federal Ministry of Finance,'' he said. - Punch.