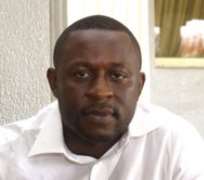 Contrary to the rumours that were circulating in the newspapers after Barr Babatunde Fashola won the Lagos State 2007 gubernatorial elections (under the Action Congress (AC) platform) that his predecessor Asiwaju Ahmed Bola Tinubu would be a thorn in his flesh, dictating and calling the shots irrespective of the incumbent's feelings and ideas, events have proven them wrong as Asiwaju who saw in Fashola the qualities of good leadership has remained on the sidelines watching with delightful satisfaction that he didn't go wrong afterall. Fashola's leadership example has proved Tinubu's critics and detractors wrong. What we see in Lagos State today is a beehive of democratic norms, and I stand to say that Asiwaju Bola Tinubu is the leader of leaders if in many quarters people are praising the good works the Action Congress governors in Edo State and Lagos State . That shows that Tinubu stands out. What many people did not understand or perhaps know but were bent on mischief was that Tinubu is a man of principle and resorts to democratic norms in anything, political business, he does. He believes in the rule of law and abhors the theory and act of godfatherism to a fault.

Buttressing his relationship with Fashola, Asiwaju Tinubu had said it pointblank that his relationship with Fashola is cordial. There is no misunderstanding between Fashola and him. They have been working well with regards to their respective responsibilities in the state and in AC. "I tell you, the unity, solidarity and sense of brotherhood we have been having will be a threat to our party opponents,” Tinubu had said. "What they cannot achieve through the front door, they want to achieve through the back door. If they do not spread bad rumours, false accusations, the rumour peddlers do not earn their daily bread."

I think there should be caution among Nigerians the way many of us go about the political business here. The politics in Nigeria is taking a dimension that could smear our democracy today and tommorrow, if drastic measure is not put in place to checkmate the odious trend of character assassination that has taken the centre stage in the doings of things around us. People turn to be newspapers publishers to unduly smear the image of their political opponents or propagate unending campaigns of bigotry. This is highly counter productive to the ideals of democracy.

It is still fresh in my memory the publication in the Compass Wednesday February 18, 2009, with the caption “Ex-governor Bola Tinubu was a drug baron!” I wouldn't know the intention of that publication. But I came to understand later where the publication was coming from and what it was mearnt to achieve, Pull Him Down Syndrome. It is shameful to note that many politicians pay some journalists to paint wrongly in most cases persons of proven integrity. Does the image of the press no longer matter? What has happened to ethics?

Well, what else do I expect from a political foe of the Asiwaju who romances with the Compass newspapers? (An embittered enemy of progress). But he would not achieve more than what we have read. The personality behind the Compass newspapers can go through the length and breadth of his mischievous adventure to tarnish the hard earned image of Tinubu, but one thing he will not be able to do is to come out publicly to engage Asiwaju in any debate whatsoever, needless to say issues that bother on leadership and governance. His crude assessment of this great leader already exposes his lack of understanding of contemporary issues as it relates to governance and leadership. Whether it is in the West or in the East? Records are speaking for Tinubu. Dossiers are there. What we see in Tinubu is a man who does not get cajoled by the bandwagon effect, because he understands that a good seed can be identified from a distance in a multitude of seeds. He is not one of those politicians with deep pockets. He knows that leadership is all about service to the people and not the other way round, taking what belongs to the people. He believes that a man should always live by consistently being conscientious of the things he does for posterity sake rather than lose ones integrity for short term benefits with no political relevance at all.

Imagine that as at today, Lagos standout, whereas in the many states in the West where PDP rules, it is still as if the Owu-generalissimo is still in saddle, because it is still the old order of flagrant disregard for the rule of law. In AC, Tinubu holds swear in his ingredients of governance, transparency and truthfulness in its application to everything he lays his hands on. Anybody can contest this, but what I have said is evidently portrayed in Lagos and Edo States , respectively.

In my research to find out how weighty the allegation is, some of my friends in the USA . where the make-believe story on Tinubu that he was a drug baron was investigated, said that they know the tactics these so-called U.S agencies use to frustrate people and keep innocent people on their list.

Tinubu is a figure, not only of Nigeria repute, but international. Tinubu is being pushed to respond to this cheap blackmail but knowing him well, he wont bother himself with distractions, what matters to him is the development of policies that would improve the living condition of Lagosians and indeed Nigerians. This fabricated untruth doesn't stop him from being the visionary, great and disciplined leader who is doing well to our democracy, to not only the Yoruba, but to Nigerians in general. Tinubu is a party founder, progressive, and a promoter of good governance and democracy.

One Joseph Ojo said this on the purported report by Compass: Tinubu is a man that God created to be a leader. He is a leader that has planned for Nigeria . If you like write another thing about him, not everybody accepted Jesus Christ when he came to the world. As if that was not enough, Omotola Gbenga said: Why Should Nigerians believe in this? If the US Government says Tinubu has money in their Account I'll say YES to that, because he does legitimate business. But, Drug, we all no this man has the love of his country in mind....Nigerians , we just have to think otherwise.

Tinubu is not baffled by any allegation being a conscientious man. In his words, Tinubu said: If the names of Fashola and Tinubu will provide food for some people, they will use them. But they just have to be honest with a measure of integrity. I say woe to the parties who are looking for this. The person who is looking for the crab to blink its eyes will stay long by the side of the river. So, they will not find a solution to that because it is an indivisible commitment to work for the interest of Lagos . Nine years ago, I was here. I worked with this governor. This time, there is a sense of continuity. We are building a model for the rest of this country. A great model of how political relationship and governance should have relevance to the majority of the people. (United States President Barrack) Obama as popular as he is, is arguing with some of his cabinet members on healthcare and some other programmes. So, it will happen. We have to debate issues, but not to the point of breaking our jaws. We do not owe an explanation. But for what we share, I will not answer that question of my relationship with Governor Fashola. I will say bunkum because the said reports emanated from beer parlours and pepper soup joints. I want to tell Lagosians that our unity is very robust, unbreakable and unshakable.