How The Thinking At Davos May Prove Useful For Nigeria 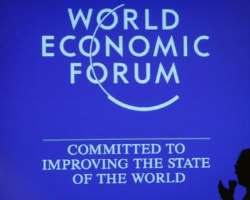 Recently, the National Assembly passed the 2010 National Appropriation Bill. Against the background of the global economic crisis and the annual World Economic Forum that took place in Davos, Switzerland. TUNJI AJIBADE, a consultant writer, in this review, highlights how the theme of this year's Forum may prove useful the solution to Nigeria's perennial problem of poor budget implementation.

"In the current highly globalised world, the decline in global flow of trade has led to reduced economic output with adverse consequences on living standards and job creation, throwing most leading economies into recession. In response, …nations have been addressing the challenges by designing and implementing various measures to mitigate the recession and accelerate economic recovery. This Administration has also implemented strategic measures to address the same challenges. To address the infrastructural and institutional impediments to the business environment and competitiveness of our economy, several key real sector reforms have been implemented."

Those were the words of President Umaru Yar'Adua in the 2010 budget he submitted to the legislature in November 2009.

Between November and March when the National Assembly passed the budget, the annual meeting of the World Economic Forum took place in Davos, Switzerland. Its theme was: Improve the State of the World: Rethink, Redesign, Rebuild. As Klaus Martin Schwab, the German economist who founded the Forum in 1971 explained, "Our role is not to take decisions. We are a platform; we bring together all stakeholders of global society." And the way they approach common global problems at different levels is one, by having needed "interaction," and engaging in a "process of dialogue."

Secondly, many of the problems that are not even recognized, or they remained not understood until they ended are studied. Here, the platform tries to "achieve a common problem definition…to seek to find solution to common problem." And thirdly, the Forum "generates action on specific problems", and prescribe solutions.

This year's meeting took place in the context of what's happening in the world, one of which, as the low level of success recorded at the Copenhagen climate meeting showed, was the need to make global cooperation more efficient. Davos organizers therefore brought stakeholders together to look at 'all the issues on the global agenda.' But they did so 'in a systemic way, in an integrated, strategic way.'

Explaining the theme of the meeting for the year, Schwab noted that it is necessary to 'engage everybody into a process of rethinking, redesigning and rebuilding.' He added, 'we have to rethink our values, we have to redesign our process, (i .e how do we reach decisions with the challenges on the global agenda; then finally, we have to rebuild our institutions.'

Prominent on the agenda at Davos were the three basic problems confronting every nation at the moment - post-crisis economic recovery, the improvement of financial regulation and climate change. It has been acknowledged that there is recovery after the financial and economic crisis; but participants at the Forum believed the recovery is being led by fast growing emerging markets like China and India, while the United States and European nations are falling behind.

This fact holds lessons for a nation like Nigeria. For as observers pointed out, with its large market, the nation has no excuse not to be at the forefront as an emerging market. Effective implementation of the budget is crucial to this. And there is yet more useful thinking from Davos.

Managing Director of the International Monetary Fund, Dominique Strauss-Kahn who attended the meeting said the recovery from the global crises has been encouraging even as participants differed in the changes that needed to be made to better regulate the global financial system which was the first crisis to emerge in 2008, followed by the economic crisis of 2009.

French President Nicolas Sarkozy, who gave the opening address, pointed out the need for a bold reform of the financial system. "We will continue to make our economy run risks greater than it can bear, to encourage speculation and to sacrifice our long-term future, if we do not change the regulation of our banking system and the rules for accounting."

On this, there was call for caution however. Lord Levene, chairman of British bank Lloyd's stated that "We need good regulation, better regulation but not more regulation." Dennis Nally, global chairman of PricewaterhouseCoopers agreed, "We need to fix the right types of changes... and we should not overreact or rush to short-term actions that may sound good or may grab headlines but quite frankly would not serve the fundamental problems all of us need to address," he said.

This thinking at Davos becomes relevant in the face of the current banking reform being carried out by Nigeria's Central Bank (CBN). The reform of serious concern as groups have consistently express their fears about the manner the Sanusi Lamido Sanusi-led CBN, has handled the reform. The criticism has been rife, for instance, that the CBN governor has no comprehensive blueprint of some of the earthshaking steps taken since he arrived office in 2009.

To buttress this position, the Federal Government called on the CBN, days back, to submit its blueprint for the current reform so that it could be ascertained it is in sync with the government economic policies. If it is taken to mind that monetary and fiscal policies of the CBN has great impact on the success or otherwise of the budget, there are reason to take seriously what those who should know said at Davos concerning this aspect of national life.

In his budget speech, the president had admitted that nations across the world have been addressing common global challenges by designing and implementing various measures to mitigate the recession and accelerate economic recovery. He added that his Administration has also implemented strategic measures to address the same challenges, and these include infrastructural and institutional impediments.

According to analysts, a major instrument for getting things moving in the economy is the budget. In Nigeria however, it this vital instrument has been poorly used over the years. Part of the consequence is that very low level of implementation is perennially recoded.

There are several issues that led to this state. But vital solution that may bring the nation out of this problem may equally be found in what Davos called, rethinking the values, redesigning the process (how decisions are reached on what eventually becomes the budget), as well as the need to rebuild institutions that are germane to it.

To observers, what the president mentioned in the 2010 budget, as in previous years, are wonderful. The question however is: will the budget be properly implemented? Boniface Chizea commenting on the issue states that, "the problem with lack of robust implementation of budget could be identified right across the spectrum of activities leading up to budget approval, monitoring and implementation. This problem could be traced right from the selection of the projects and programs to be included in the budget." There is no doubt that when the various problems are broken down, the Davos theme captures both their sources and the solutions to them in three words – rethink, redesign and rebuild. According to Chizea, "the content of the budget should be driven first and foremost by the contents of the Medium Term Expenditure Framework (MTEP)."

It is incontrovertible that values attached to planning in this clime are poor, and it is a major problem when it comes to budget implementation. Getting the legislature involved in the formation stages as well as sending the budget to the legislature in good time from the presidency in order to save problems that crop up at implementation level has been suggested. Improving the process, as Davos thinks, of packaging the budget is at issue here.

Moreover, the capacity, for instance, of the institutions that are to implement budgets needs to be improved. "Even if when this ministry is given a hundred billion naira, we don't have the capacity to expend it in a year," was the comment of a senior official in one of the Federal government ministries. The need to rebuild institutions, as Davos recommended, therefore rhymes with the president's promise to address "challenges that include infrastructural and institutional impediments" to budget implementation.

On the whole however, and as political observers pointed out, the tenuous current political situation in the country is a vital factor on how well the 2010 budget bill that the Acting President Goodluck Jonathan will soon sign into law, will be implemented.