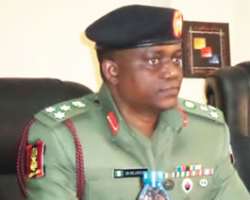 The House of Representatives on Tuesday directed the National Youth Service Corps (NYSC) to suspend the policy requiring prospective corps members to pay the amount with effect from 2015 before accessing their call-up letters.

The House equally disclosed that it has commenced a probe into the new N4,000 charge by the NYSC for intending corps members to collect their call up letter.

The House resolution was sequel to a motion sponsored by Honourable Hassan Saleh entitled, 'the need to investigate the appropriateness of the N4,000 the National Youth Service Corps (NYSC) is requesting prospective corps members to pay before accessing their call-up letters.'

According to him, 'recent advertorials in some national newspapers indicated that with effect from 2015, corps members will be required to register online with a fee of N4,000 to be able to access their call-up letters as an alternative to their having to go to their various schools to collect the letters.

'As laudable as the idea of sending call-up letters through the internet may be, the decision requiring fresh graduates to cough out N4,000 to access letters appears insensitive and exploitative,' he stated.

While the Deputy Speaker, Honourable Emeka Ihedioha who presided over the session was about to call for voice vote on the motion, the Chairman, House Committee on Public Petition, Honourable Uzo Azubuike, raised a Point of Order, where he told the presiding officer that his committee has received various petitions on the subject matter and had commenced work.