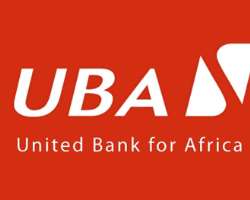 United Bank for Africa Plc says it has entered into a partnership with the African Trade Insurance Agency to ease the flow of credit to clients engaging in regional and international trade.

According to a statement by the bank on Wednesday, the partnership was announced on Monday in Nairobi, Kenya after officials of both institutions signed the agreement to formalise the deal.

Under the agreement, ATI will provide insurance cover for eligible UBA Group transactions with its unique range of political risk and trade credit insurance products.

The risk mitigation services will provide an alternative to collateral for UBA's corporate clients, who may otherwise face financial constraints in obtaining credit, while also protecting them against cross-border trade risks and a broad range of investment risks.

Uzoka was quoted as saying, 'UBA is keen to boost inter and intra-African trade because of its capacity to accelerate development and integration across the continent.

'Over the years we have supported our customers to grow their business network across Africa and internationally in pursuit of a more prosperous Africa. UBA's partnership with ATI will ease the flow of credit to our customers and help them expand their businesses across the continent.'

Africa's commodities boom, natural resources and related government spending to revive infrastructure development is estimated to have generated 32 per cent of Africa's recent GDP growth, while the remaining growth came from sectors such as transportation, telecommunications and manufacturing.

According to the statement, UBA believes that they are all sectors that will benefit from expanded credit.

UBA is banking on the need for financial services in these areas to support the continent's ultimate growth with comprehensive retail banking services and trade finance for small and medium size enterprises.