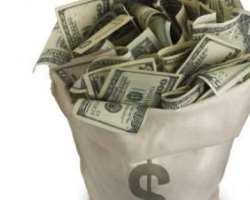 The Nigerian government has opened talks with South Africa after an aircraft conveying $9.3m cash from Abuja, allegedly for arms purchase, was seized by the South African authorities.

Two Nigerians and an Israeli aboard the airplane were detained and are facing investigations for transporting the huge amount into South Africa.

It emerged on Tuesday that the jet is owned by Ayo Oritsejafor, who heads the Christian Association of Nigeria, CAN.

Mr. Oritsejafor denied knowledge of the arms deal saying the aircraft was managed by another company, Eagle Air Company, which in turn, leased the jet to a third party, Green Coast Produce Limited.

The two firms confirmed that claim in separate statements.

Details of the transaction remained vague beyond the revelations that the sum was meant for the purchase of arms for an unnamed Nigerian security agency.

In what appeared the first official confirmation of the deal, security personnel were quoted Tuesday as confirming the order and saying it was a normal practice to procure arms with cash.

Also, the Federal Government has released data and documents on the transaction, telling the South African government the transaction was “legitimate”, according to PR Nigeria, an agency that regularly disseminates media statements for the military, police and other security agencies in Nigeria.

The report said talks between the two countries were at the governmental level and between the intelligence services of the two nations.

“non-declaration” of the cash by the delegation from Nigeria.

“Nigeria and South Africa are getting closer to diplomatic resolution of the row over the $9.3m transaction. The two nations have opened up discussions,” PRNigeria quoted the official as saying.

“It also clarified that the funds were not laundered or smuggled for any covert manoeuvres. No launderer will be audacious to fly into a country in a chartered jet with such a huge cash.

“The technical details on security matters, which necessitated the desk, had been availed South Africa for screening.

“Based on initial scrutiny of the documents, the Challenger Jet has been released pending the conclusion of a full-scale investigation by South Africa.”

The source said South African authorities impounded the cash because of “procedural error”.

“There was procedural error at the airport, the team did not declare the $9.3million contrary to the aviation and customs laws in South Africa,” he said.

“So, there was an oversight on the part of the delegation that went to complete the transaction.

“Nigeria is trying to complete the formality and we are confident that the cash will be released for the purpose it was meant for.