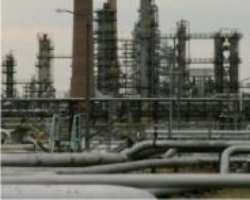 WARRI, Nigeria -- Western oil companies operating in Nigeria are racing to lock up license renewals ahead of legislation that could boost tax and royalty rates.

A sense of urgency arose among the Western oil majors after the Nigerian government said earlier this year it had received an expression of interest from oil-thirsty China to buy the rights to the expiring licenses. Nigerian officials confirmed in September that China's state-owned Cnooc Ltd. was interested in more than 20 oil blocks, including nonexpiring blocks currently operated by Western companies.

China's chances of actually acquiring the leases from the government were never very good. Apart from legal avenues Western companies could pursue to prevent their licenses from being taken and given to the Chinese, Western operators in Nigeria have been pumping oil for years and have longstanding, though sometimes volatile, relations with Abuja.

In more-recent discussions, their worry over Chinese competition seems to have subsided. "That threat appears to have gone away," said an industry executive familiar with the talks. "It is not being used as a negotiating ploy to get the deals done."

But oil companies are still eager to get renewal discussions over with and sign deals. That's because the Nigerian government is considering legislation that would change the scope of new oil-related joint ventures, increasing tax and royalty rates paid by foreign companies.

On Friday, Exxon Mobil Corp. became the first big company to lock in renewals, signing an extension for 20 years, with an option to renew, on three of its licenses.

Shell Chief Executive Peter Voser met Nigerian President Umaru Yar'Adua in October to discuss renewal of Shell's licenses. At the meeting, Shell officials argued they had been long-term investors in Nigeria and shouldn't be forced out of the country's oil fields now, said one official who attended the meeting.

A Shell spokeswoman declined to comment on the negotiations. "We expect that the formalization of the renewal of these licenses can be accommodated through continued dialogue with the federal government," she said.

Nigerian officials couldn't be reached for comment on negotiations.

Established players such as Shell, Exxon, Chevron and France's Total SA have worked Nigeria's fields for decades, through cycles of violent militancy, oil theft, corruption and frequent failure by the government to follow through on investment commitments in partnerships with the oil companies.

Despite all those headaches, oil companies are eager to stay in the region because of Nigeria's vast reserves. Amid worry over their licenses in recent months, they have demonstrated fresh commitment.

Shell said earlier this month that it had taken the extraordinary step of starting a business-training and rehabilitation program for former militants from the Delta region. Shell has yet to provide details about the program or how much it will cost.

In October, thousands of militants turned themselves in and handed over their weapons in exchange for amnesty. Analysts now see public efforts by companies to contribute to post-amnesty rehabilitation as a possible new focus of oil-company largesse.

"There could be some pressure outside and within the international oil companies to improve their relationship with the government," said Antony Goldman, a Nigeria analyst based in London. "If oil companies feel that they can make a gesture to show that they can help [in the post amnesty process], there may be a payoff."