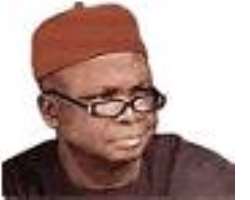 Worry, depression and frustration are written all over their faces. The situation describes their condition for nearly two years. With the Christmas and New Year festivities barely one month away, the longing of the Ezza-Ezillos to return to their homes is still a tall dream. The ill-fated journey of the Ezza-Ezillo people in Ishielu Local Government of Ebonyi State began on May 9, 2008.On that fateful day, a minor disagreement between an Ezza-Ezillo man and another from Ezillo over where to erect a stand for phone booth degenerated into a wave of unprecedented attacks by the Ezillo people on their Ezza neighbours.Houses, farmlands and other effects were not spared in the attack. Also human casualties were recorded through maiming and killing. In self-defence, the people of Ezza-Ezillo retaliated.

The government hell-bent on ejecting the people of Ezza-Ezillo further noted “The movement of Ezillo people out of and the movement of Ezza-Ezillo into the new land shall commence tomorrow, the 3rd day of October, 2008, and will be completed by the 31st day of December, 2008.Within that period of 90 days, the following orders shall prevail to the letter:(i) Not later than 12 noon on Friday 3rd October,2008,all police personnel posted to the violence-torn parts of Ezillo for purposes of peace-keeping shall pull out. They shall be replaced by military personnel only. This is to ensure that those who may be foolish enough to test our resolve are handled in a typical military way,” the statement noted.

Worried by the resolve of Ebonyi State government to allegedly use soldiers from 82 Division Enugu to forcefully displace about 12,000 Ezza-Ezillo people, Counsel to Ezza-Ezillo people, Uche Wisdom Durueke petitioned the President, Alhaji Umaru Musa Yar'Adua .In the petition entitled “Plot to use soldiers to forcefully displace about twelve thousand Ezza-Ezillo persons from their ancestral abodes in Ezillo in Ishielu Local Government Area of Ebonyi State by the Government of Ebonyi State-Appeal to save the Ezza-Ezillo people from oppression, “the Counsel noted thus “As solicitors to the Ezza-Ezillo Community in Ishielu Local Government Area of Ebonyi State ,in October 2008,we caused a petition ,on their behalf, to your office complaining against the directive of the Ebonyi State Governor, Chief Martin Elechi, that our clients numbering about 12,000 should vacate their ancestral lands for their neighbours,Ezillo people. Our clients were asked to move into a forest without facilities. There are no houses for resettlement, no schools for the education of their children, no hospital or clinic for their healthcare, no market for them to buy and sell no churches or places of worship, no access road to link them with other towns and communities. In all the decision was taken to spite them.”

The petition further noted that the Ezza-Ezillo representatives were forced in the presence of the GOC, 82 Division of the Nigerian Army to sign a document prepared by the Chairman of Ishielu Local Government Area, Barrister Ali Onwa Ali that they have accepted the government's directive that they have vacated their ancestral lands for the Ezillo people and move into the forest. According to the petition, the action was alleged to have taken place after a meeting between the Governor and the GOC at Abakiliki.

Moreover, the legal position of the issue did not deter the government from taking that hard line position. A suit in relation with the Ezza-Ezillo matter is pending in the Court .The suit number HKW/41/2008 before the Ebonyi State High Court is challenging the legality and constitutionality of the Governor's directive that the Ezza-Ezillo should vacate their ancestral homes and farmlands and should adopt the customs and traditions of the Ezillo people.

In the said petition, Counsel of the Ezza-Ezillo presented the reason why the government is towing that ignoble line of action thus” We want to put on record that the Ebonyi State Government never tried to reconcile the parties because it had a mindset, which was to humiliate our clients, who the Ezillo people and their neighbours look down on. There was no attempt by the State Government to build peace and co-existence amongst the parties .The peace committee went into adjudication instead of reconciliation and without hearing from our clients as allowed by the rules of natural justice.”

But despite the plethora of petitions and large scale media campaign the issue has raised, nothing seemed to have changed. Gross violation of the Ezza-Ezillo people's rights is still ongoing .In a recent petition addressed to the President, Alhaji Umaru Musa Yar'Adua, the Speaker Ebonyi House of Assembly and GOC 82 Division, Enugu, Counsel to the Ezza-Ezillo people highlighted gross human rights abuses allegedly perpetrated by the soldiers sent on peace-keeping mission to the area.

Some of the cases are that of Mr. Joseph Nwaorie who was on the 29th July, 2009 arrested by the soldiers, tortured and was forced to make a false phone call that he had an accident there and needed help .According to the petition, Mr. Nwaorie called his relation, one Mr. Moses Njoku who contacted another relation, Mr. Clement Nwankwo, a driver to bring his vehicle for the purpose of conveying Mr.Nwaorie to the hospital for treatment.

The more sympathetic angle of the story is that the two men were arrested alongside Mr.Nwaorie and taken to Nkwo Agu Military cantonment for detention. While Moses Njoku died four days later, Nwaorie's wound became gangrenous as a result of untreated gun shot wound on his leg. Till date, according to the petition, no account of the surviving two men has been given .But it is believed that they are being detained at Nkwo Agu Military Cantonment.

Another pathetic account is enumerated last August when the petition narrated the story of three Ezza-Ezillo natives namely Messrs Sunday Nwanga, Ndubuisi Agwu and Sunday Nweke who were illegally detained at the same Nkwo Agu military cantonment. Also Mr. Nweze Alo, another Ezza-Ezillo indigene was not spared in the detention madness.

Another gory situation was captured in the back page of a local tabloid Ebonyi Records of October 3, 2009, where Mr. Clement Aliche Nwode in an interview narrated how his only son, a second year student of College of Education, Ikwo was shot to death by sexually assaulted by the soldiers on peace-keeping mission in their area .The question soldiers in Abakiliki .According to the report, the corpse of the young Aliche has not been seen till date, and the father has allegedly gone into hiding to avoid being killed.

Unfortunately, however, the Ebonyi State Government and the Military have not deemed it fit to refute these claims against them. Other claims abound where the women of Ezza-Ezillo have been remains where is the rule of are facing the threat of internal displacement in the law the Yar'Adua administration is posturing to be observing if Nigerian century?citizens 21st . - By Pascal Joseph