FIFA and the United Nations hand in hand to fight Ebola

By International Federation of Football Association ( 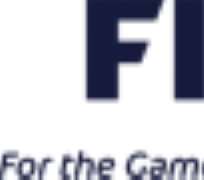 GENEVA, Switzerland, September 12, 2014/African Press Organization (APO)/ -- FIFA and the United Nations have decided today to join forces in the effort to stop the spread of the Ebola epidemic in West Africa.

The football field at Monrovia's Antoinette Tubman Stadium, donated by FIFA to the Liberia Football Association, will serve as the site for two urgently needed large-scale Ebola treatment units.

After the World Health Organization (WHO) identified the FIFA football pitch as the most suitable location in terms of effectiveness and safety, FIFA – one of whose missions is “to build a better future” – immediately expressed its support for the proposed action to convert the pitch into treatment units.

FIFA President Blatter said that, “thanks to the continuous fruitful and fundamental collaboration between FIFA and the United Nations, today we can use the power of football to combat the Ebola epidemic. To allay any concerns regarding the impact of the treatment units on the recently installed pitch, FIFA has also proposed to cover the costs of any damage.”

Wilfried Lemke, Special Adviser to the Secretary-General of the United Nations on Sport for Development and Peace added, “The Ebola outbreak also has a tremendous impact on the sport community, ranging from health treats to the athletes themselves and restrictions of travel affecting competitions and the development of sport. National authorities, the UN and the world of sport need to work closely together in order to halt the spread of the disease. The commitment of sport organizations to support our efforts is very much welcomed and crucial. It is my hope that many will join in this fight. In particular I was very pleased to note FIFA's pledge to support health-related measures by agreeing to cover potential damages to the football pitch of the Antoinette Tubman stadium in Monrovia, Liberia that has been earmarked for the use for Ebola treatment centres.”

The collaboration will go beyond the lending of the Monrovia pitch. At its next Finance Committee meeting on 25 September, FIFA will propose to use resources from its solidarity fund to support the member associations of the affected countries (Sierra Leone, Liberia and Guinea) in the fight against Ebola. The additional financial support will have to be spent in solidarity with a local UN initiative.