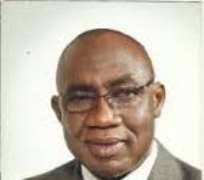 The Chief of Staff and Commissioner for Special Duties in Imo State, Sir Jude Ejiogu has been bestowed with the Prestigious Best Chief of Staff of the year Award.

Presenting the award to Sir Ejiogu, Coordinator, Eastern Nigeria Merit Awards, Prince Ben Okereke said that the honour was in recognition of individuals that have contributed in the development of the society maintaining that after thorough investigations into track records of all Chiefs of Staff in the country, Sir Ejiogu was unanimously selected as over all best.

He disclosed that Eastern Nigeria Merit Awards is a body of activists whose offices cut across the entire federation.

According to him, the body is charged with the responsibility of ensuring that individuals working for the development of the society or contribute to the sustenance of good governance are recognized and honoured.

Prince Okereke therefore commended Sir Ejiogu's selfless service to the people of the state and called on politicians jostling for political positions in the country to emulate him.

Continuing, Eastern Nigeria Merit Awards coordinator further described Imo Chief of Staff as one of those public office holders in the country that have shown exemplary leadership qualities and expressed optimism that his contributions in public service would go a long way in shaping the psyche of the electorates.

Receiving the Award, Sir Ejiogu expressed happiness and thanked organizers of the event to have found him worthy of the recognition while calling of them to sustain the tempo.

Sir Ejiogu who was represented by the Commissioner for Health in Imo State, Dr. Edward Ihejirika commended procedure the organizers adopted in selecting the Imo State Chief of Staff, Sir Ejiogu as 2014 over all best COS of the federation.

Dr. Ihejirika while applauding the Chief of Staff for making Imo State proud also expressed happiness that the awardee is one of the rescue mission supporters further urged other politicians occupying prominent positions in the country to borrow a leaf in the leadership style of Sir Ejiogu.