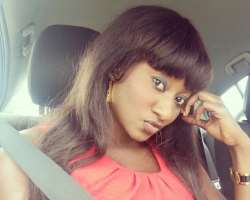 Nollywood actress, Ginika Maureen, says there have been a funny shift in the way actors are being selected for movies roles in Nollywood.

The actress noted that only when an actor is fair skinned either bleached or not, owns a car and has cool cash, that some directors and producers will recommend them for movie roles.

Despite all these challenges, Ginika Maureen disclosed that her ability to have managed her way through the Nollywood industry has been as a result of ability to interpret her roles well.

She also revealed that in showing her acting prowess, should can take on s*x scenes if the pay is good enough.

“I interpret my roles to the best of my own ability, most times my directors are impressed. I can even take on sex scenes if I am well paid”, she said.