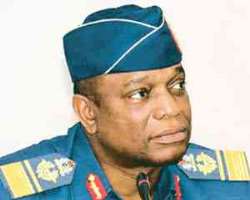 The relationship between the Nigerian military and the civil populace was not built on a foundation of mistrust, mutual suspicion and hostility. But the military's incursion into political governance and its accompanying dictatorship inexorably led to sour relationship.

Contrary to the practice in the civilized world where military men and women are often celebrated as heroes, the average Nigerian has a disturbing perception of the military and what the institution stands for. Twenty-nine years of military dictatorship during which period brutalisation of the populace and human rights violations were rampant did a lot of damage to the image of the military and its relationship with the civil populace.

The return of civil rule in 1999 has not completely restored the strained relation as there are many under arms, both officers and the rank and file, that still swagger and swank in their dealings outside the barracks.

On several occasions army, air force and navy personnel had abused their privileges and used excess force to settle scores with civilians at the slightest provocation.

They have found it difficult to remove the tag 'bloody civilian' from their lexicon. As it was the practice during the military regimes, the 'bloody civilian' is not expected to challenge a military personnel in an argument nor confront him, no matter the strength of his position. The most recent example of the unfortunate relation between the military and the civil populace was the brutalisation of Miss Uzoma Okere at Victoria Island, Lagos on November 5, 2009.

Incidentally, Okere who was reportedly battered for obstructing the convoy of an Admiral, Harry Arogundade, by naval ratings in Lagos, is a daughter of a retired army colonel, who is currently the Sergeant at Arms of the National Assembly, Mr. Emeka Okere. Unfortunately, the productive contribution of the military to national development and image of the country through exemplary performance in international peacekeeping operations is quite often buried in the din of condemnations of such barbaric acts.

However, there are high expectations that the snag in the relationship between military men and their civilian compatriots would soon be history if current efforts geared towards tackling the root causes are sustained by the military high command.

Chief of Defence Staff, Air Chief Marshal Paul Dike, said during the public presentation of a book 'Winning Hearts and Minds: A Community Relations Approach for the Nigerian Military' on March 12 that it was imperative for the Nigerian military to strike a blend between its objective of professionalism and effective relationship with the civil populace. The presentation of the book which was edited by two highly respected academics, Professors Ebere Onwudiwe and Eghosa Osaghae, coincided with the Jos mass killings in which some top military officers were accused of bias in the handling of the ethno-religious murders.

A disturbed Dike said that societal fixation had culminated in a situation whereby the bold exploits of the armed forces within and outside the country were deliberately ignored. According to him, the existing cold relationship between the military and the larger society and its effect on the latter are responsible for the decision of the military high command to look inward to proffer solutions to the problem.

As a result, Dike and his colleagues who call the shots in the military constituted a panel of respected academics and members of the Department of Civil-Military Relations of the Defence Headquarters to work on an innovative Community Relations Project.

Membership of the panel included an economist, political scientist and Professor of Behavoural Sciences, Ebere Onwudiwe; a political scientist and executive director of the Centre for Democracy, Prof. Jibrin Ibrahim; Vice Chancellor of the Igbinedion University, Prof. Eghosa Osaghae; and a former president of the Academic Staff Union of Universities and Vice Chancellor of the Bayero University Kano, Prof. Attahiru Jega.

Others were a director of research at the Ken Nnamani Centre, Abuja, Dr. Sam Amadi; a political scientist and media consultant, Dr. Adeolu Akande; and the Editor-in-Chief of Newswatch Magazine, Mr. Ray Ekpu.

The Defence Headquarters which is bent on mending the broken relationship between the military and the civil populace, also found it expedient to include top army, air force and navy officers in the committee. They were Major Gen. Yaduma, Air Marshal O.C Obierika and Rear Admiral F.D Akpan.

Dike explained that members of the community relations team embarked on extensive tours of military formations and organised workshops for the soldiers on the new orientation. According to him, the pertinent issues of fundamental human rights, rule of law, transparency, accountability and effective communications were brought to the fore during the sessions.

He said, 'For the Nigerian military, which has
the added challenges of professionalisation
as well as the need to gain citizen's
confidence and support in the aftermath of
prolonged military rule, the importance of the community-relations approach cannot be overemphasised. This is because rigid mindsets and perceptions have made it difficult for many in the civil populace to appreciate the noble roles of the military, especially, its steady transformation into a people, citizen-friendly and responsive institution.

'The cost of the attendant civil-military disconnect, which are well covered in the book are too well known but they cumulatively subtract from the support and cooperation of our fellow citizens, leading to distrust and indifference. Thus, even the exploits and successes of our armed forces in peace-support operations all over the world, which have won global acclaim for our country, hardly resonates with the populace back home. Surely, this unpalatable situation cannot be allowed to persist because of its negative effects on the reputation and operational effectiveness of the armed forces. It was against this background that we initiated the Community Relations Programme to expand, complement and strengthen our existing civil-military strategies.'

Like Dike, the reviewer of the book, Prof. Jega, emphasised the need for a good civil-military relations in the society. To him, such a robust relationship was critical to the actualisation of the desired consolidation of democracy and the challenge of subjecting the military to civil authorities in a democratic dispensation. Jega hailed the introduction of the community relations programme which was the focus of the book as a strategic response 'and a giant step in the right direction.'

He also said that for a country with a history of military rule, effective relationship between the military and the civil populace and confidence building between the two were undoubtedly inevitable.

'It is axiomatic to state that Nigeria in general and the Nigerian military in particular face enormous challenges of civil-military relations. For, while Nigerian citizens generally portrayed lack of a proper appreciation of the role of the military in national development, officers and men of the Nigerian Armed Forces, in general, failed to appreciate the need to cultivate and nurture good relations with the 'bloody civilian.' Matters have not been helped by the long period of military involvement in governance in Nigeria; a period during which in spite of all good intentions, the military as an institution had its prestige, professionalism, and image badly battered. For during the decades of military rule, intolerance and arbitrariness strived as illustrated by the infamous predilections of the so-called 'made dogs'; human rights and the rule of law were violated with impunity by top functionaries of the regimes; and so-called corrupt regimes became essentially corruptive.'

Jega, who traced the problem of relations between the military and the civil populace to impressions created during the period of British colonial rule, advocated attitudinal change and deliberate steps by the military and the civilians to tackle negative trend. He said that while a positive change of attitude towards the military was required from the citizenry, the military had a responsibility to be more proactive in tackling the emergent challenge of 'Winning the Hearts and Minds' of Nigerians.'

In his comment, the immediate past Minister of Defence, Gen. Godwin Abbe, (rtd), who was chairman of the event, said the presentation of the book to the public was a timely response to the challenges facing the nation's democracy. He said the idea of community relations tilted to actualise a better understanding between the military and the civil populace was necessary for democratic growth and development. Abbe insisted that the universal practice was the cultivation of a virile military civil relation with emphasis on the civil control of the former. It was also Abbe's belief that the issue of redirecting the armed forces towards achieving subordination to civil authority remained a major challenge.

He posited that while the military had the statutory responsibility of defending the territorial integrity of the country, the society was saddled with the task of ensuring without failure the provisions of the tools required by the military to carry out its responsibilities.