How Movitel has changed the life of Mozambican people: From a house helper to a boss – one in many fairy tales created by Movitel 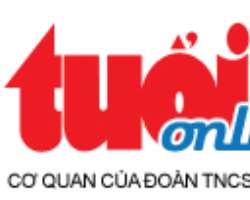 MAPUTO, Mozambique, September 1, 2014/African Press Organization (APO)/ -- Antonio Edmundo, 23 years old, is currently the director of the Movitel's district center island Ilha de Mozambique, Nampula province. Just two years ago, he was only a house helper in the office this business center of Movitel, SA – a joint venture between Vietnamese company Viettel and Mozambique's SPI Company. Antonio's journey from a house helper to a master might surprise many people; it's just like a dream coming true!

Starting to work for Movitel from January 2012 as a house helper since the company opened stores in the district of Namialo, Antonio was highly appreciated by the district director of Namialo – Mr. Khanh, who hired him due to his enthusiasm, hard work and loyalty. Khanh had an intention to train him to be a store staff as working in the house, Antonio could capture all daily operations of the store, knowing where and how to store the merchandise, and understanding the work of each staff.

After some time, noticing the extremely agile and quick understanding of the “house helper”, Director Khanh assigned Antonio to manage a mobile sales team. Every morning, after a decent cleaning the entire store, from 8am, Antonio led the team to go out selling goods in remote areas. Until September 2012, Antonio was promoted as a salesman of the shop; however, he still took care of the house cleaning at the same time. But from that time on, Antonio's work expanded. In addition to leading mobile teams, he was also in charge of managing and delivery goods to points of sale.

Step by step, Antonio had gained experience and raised up his dream of changing life until it coming true in February 2014, when he officially took over Mr.Khanh's position as the director of the Ilha island. He is now a “real boss”, managing the entire business of the district center with 9 staffs and 01 technical team. So far, Ilha district ranks the second highest in term of mobile penetration in the branch with 21.5% (11 237 subscribers out of 52 202 people).

The story of Antoino is one among many other interesting stories in Movitel about the changes it brings to the staffs and people where it runs business.

After 2 years entering Mozambique's telecom market, Movitel has achieved significant successful business and with a rapid revenue and subscriber growth rate over 120%/year to reach nearly US$155 revenue and 5 million subscribers in 2013, making up 32% market share. However, what people impressed most by this operator is its contribution to the society. Movitel has popularized telecom services in rural and underserved areas, significantly changing the communication landscape in Mozambique and contributing in various ways to enhance life of people here through many of its social programs.

In order to enable telecom services including mobile, fixed phone and Internet accessible to rural population, Movitel has invested in a network of 2,800 towers, 25,000km fiber optic cable covering 100% districts and highways, 80% population and a distribution channel to every village. Besides, it also provides service support and social programs including free Internet to schools, subsidizing handset cost for rural users, offering special package designed to support low-income users such as farmers or students. Movitel has provided free Internet to 2,500 schools, supported Mozambican government to implement e-government program. Nearly 600,000 people in at least 5rural districts have been covered and served telecom services for the first time in life. With Movitel, telecom services are now available to everyone, giving them opportunities to improve their living standard.

With a philosophy of integrating business development with social responsibility, Movitel has considerably took part in the sustainable development Mozambique and helped changing the life of people here, particularly the poor and the rural population. It has generated nearly 20,000 jobs in rural areas. After employing local people, the company will train them until they can independently handle the work themselves. After that, expert managers from headquarter shall be retreated, leaving the positions for the local people to take over. By doing this way, Movitel not only gives the people a means of living but also a dream to pursue. Antonio - District Director of Ilha de Mozambique is one such person.

As a result of their tireless effort, on July 8th 2014, Movitel was granted the “Best Mobile Innovations Award” - the most notable prize among the 18 others of the Mobile Innovations Awards for business across the EMEA region (Europe, Middle East and Africa) and became the only telecom operator in Africa winning 3 reputable prizes from prestigious and leading international organizations within only 2 years of business. Formerly, it won the Rural Telecom Award of the AfricaCom Awards in 2012 and the Competitive Strategy Leadership award by The American Research and Consulting firm Frost and Sullivan in 2013.