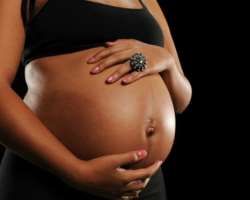 The former insistence on moral values and social control mechanisms like the puberty rite is now a thing of the past in many communities. These days this type of social order has broken down. There is now no adherence to puberty rite in many cultures as a result of one or more of the following- socializatin, urbanizatin or education. This is one way or the other has given way to moral decadence for which society is now advocating for positive measures to arrest.

Some possible causes of teenage pregnancy include, Negligent Society, Lack of parental love, Lack of sex education, Low perception on importance of girls education, Poverty, Cheap labour, Failure of some teacers to act as loco-parents and many more.

The above mentioned a have an effect on the girl child, the immediate effects are disgrace to the girl and the family. Teenage pregnancy could have inter-generatinal effect n children and grandchildren. It can also leads to school drop out, poverty and many more.

We should not forget the past if we want to asses our current social order, Formerly, it was a TABOO for a girl to become pregnant when is not married buh these days, it is so common to see girls being pregnant at the age of nine, ten and even twelve. Parent should play a huge role in reducing teenege pregnancy and women in general should also talk about it and educate our young girls about their sexuality.