I Always Beg God For Forgiveness After Singing ‘Ukwu’ 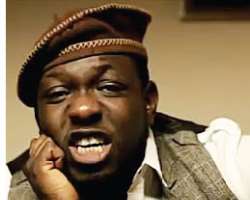 'Ukwu' crooner, Timaya, has disclosed that the reason his songs are banned on television and radio stations is because he gives his fans what they want to listen to.

According to the singer, he never wanted to stay long in the secular music because of his role in the Living Gospel Mission choir while growing, but that people made him change to who he is today.

Timaya narrated that he actually started with music about God before singing about envies, which many lambasted him for. The singer said he then decided to do something new, which was why he took off his dreadlocks.

He further revealed that what people don't know that he never for once left God, adding that he sang the 'Ukwu' song to make a living for himself. Timaya disclosed that he still goes back to pray for forgiveness.