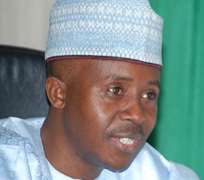 It is impossible to list it all. Here are the ones I remember. Please add yours and forward to the Executive government of Nigeria.

Missing Billions ($)
20 billion dollars missing/unaccounted for; and that sum just represents the amount calculated unaccounted/missing for an 18 month period out of five years of this administration. More than $127 billion from Nigeria's oil revenue is what is estimated to be missing/unaccounted for. Nigerians are suffering; we have the most destitute in the world in relation to our economy. There are over 100 million Nigerian destitute- living under a dollar-a-day while more than 100 million dollars is unaccounted for. The cabal are now most stingingly rich while he poor are rotten poor in Nigeria. Nigeria's stolen billions which they planned to use to buy the presidency in 2015 are reported to have been swindled from their hands by Kola and co. It is time the nation's leadership coughs out the “unaccounted for” oil billions. This is no more a joke. We need our money. #WhereIsOurMoney?

Farouk Lawan and Boniface
Farouk Lawan's legal case; what is happening to that? From the time we sent out a media alert to report on the proceeding of his case, there was a complete blackout. First the case was pushed to November 27th 2013. Then the judge absconded and it was deferred to March 12th of 2014. Nigeria all saw this man accepting N96 million bribe; yet he still takes salary as a Senator. Petty thieves have since been jailed for stealing tomato. Are some humans more equal than others? Please what is happening to the case of Facrook Lawan? Justice denied is terror.

Stella Oduah
Stella Oduah stole and was sacked but that is not nearly enough. The airports she built are now waterloos. Flooding has destroyed the so-called modern ports she built. Nigerians have been robbed from all fronts. The EFCC invited her once and then nothing else happened? What is happening to Stella Oduah? When will Nigeria's money be retrieved from her and when will she pay the price for her crimes? What is happening to the co-conspirator, Coscharis motors? Nigerians did not forget them. They were involved in conspiracies that defrauded the nation of millions. Where is the justice? If these cabal crooks are not sentenced to prison, the prison gates must immediately be opened and all petty thieves and armed robbers freed. Without equity there can be no justice and without justice there will be terror.

Oil godess Diezani and Her Looting
Oil minister Alison Diezani Madueke is Nigeria's looter-in-chief. She currently steals $4 million a day in a simple, elaborate kerosene subsidy scam, right in the faces of all Nigerians and nothing is being done about it. Kerosene is sold at a non subsidized cost to Nigerians and Diezani pockets a staggering $4 million dollars subsidy money every single day. She is known for her jet frivolous and lavish lifestyle. The Senate cannot dare to discipline her. We plead with the president of Nigeria to send this his in-law witch on exile. We pray the Good Lord bless her with Psalm 109: 6-15. Dassall!

What is happening to that case? The Senator confessed to numerous dealings with Boko Haram and implicated the Vice president of Nigeria, Namadi Sambo. So what has been the result of that case? What is the State Security department doing about these indictments? Why is Senator Ndume still free? Why are our soldiers dying in Borno yet the Boko Haram sponsors with evidence and self-confessions remain roaming for free? What was the result of the “state-craft” interrogation of VP Namadi Sambo as the SSS called it? [See Vanguard of 25th October, 2012: http://allafrica.com/stories/201210251273.html?viewall=1] Thousands of Nigerians have died from Boko Haram terror. The president said he knows the founders of Boko Haram; it is time they are all rounded up and killed for their crimes. Nigerians cannot afford to wait anymore while the leadership goes on dancing fiestas with the sponsors of Boko Haram.

Boko Haram: Abba Moro White Paper Report
The 2012 Abba Moro White Paper report on Boko Haram indicting several Borno politicians including former governor Ali Modu Sheriff aka SAS; what is happening to that. The President of Nigeria said he had “given directive to NSA Sambo Dasuki to act on the report;” where is the action? Why should soldiers tired of dying at the hands of Boko Haram be subpoenaed and charged whereas the politicians responsible are hosted in Abuja? When will NSA Sambo Dasuki act on the findings of the White Paper report? How many more of us must die? Borno youth have burned houses of and pursued several of the implicated politicians; they go to reside safely in Abuja and then return with the air-port opened for them to arrive as presidential emissaries. How long will this continue? When will the executive leadership decide to accost the well known politician sponsors of Boko Haram? #DiaRISGodo!

Abba Moro Immigration scam
In March of 2014, over two dozen Nigerian job seeking youth were killed and hundreds injured, with hundreds of thousands psychologically damaged after the minister of interior, Abba Moro set-up a scam job recruitment exercise. Our brothers and sisters including pregnant mothers were killed in the stampedes that followed at nationwide stadia filled to their capacity with desperate youth job seekers. The minister and his affiliated private companies were found to have set up the shabby scam processes to defraud over a million applicants of their application fees. The minister since confessed that he was possessed by the devil. The minister who killed our brothers and sisters is still on public salary and in charge of the ministry. This level of wickedness has no equal. When will Abba Moro be punished for his deadly crime? When will he be fired and jailed?

234 young maiden Angels were abducted from Chibok on April 14th of 2014. They added to an earlier 20 girls who had been abducted from a school in Yobe state. They added to hundreds abducted over the years and thousands massacred and murdered in towns and schools never visited by the Nigerian president. When will Nigeria stop handling Boko Haram like the leadership's siblings as President Jonathan refers to them in 2012, and with “kid gloves” as he proclaims; but give our brave military men the proper tools they need, and financial and moral support to have an upper hand on the terrorists?

When will Jonathan get serious on terror and stop the genocide of the northern farmers?

When will the Nigerian government approve the request of thousands of patriotic Nigerians for the right o bear arms to confront Boko Haram and release all captors?

When will the executive leadership decide that the time for dancing and dining with Boko Haram is over and make their first arrest of a sponsor of the group and send an equipped army with volunteers to clear them out once and for all, rapidly as late President Yar'Adua did with no romance and no sympathy?

Have those in the top executive leadership and army command not profited enough from the billions of the national budget set aside for security that is being looted in the name of the war on terror? How many more must die before they have their fill from looting this security money and decide that it is time to end the Boko Haram story?

These are some of the urgent and serious issues pending that we hope the executive leadership will start to address. May God help us out of this mess.