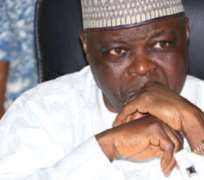 The Nigerian National Petroleum Corporation (NNPC) has disclosed that about 34,047 cases of pipeline vandalism were recorded in parts of the country between 1999 and 2013. Also, about 1.3 million metric tonnes of crude oil was said to have been lost to the illicit act between 2009 and 2012.

The Group Managing Director (GMD) of the NNPC, Dr. Joseph Dawha, stated this yesterday at the annual NAEC conference with a theme: 'Pipeline Vandalism and its Socio economic Impact on the Nation.'

Providing details of how incessant pipeline vandalism have hampered supply and distribution of crude oil and refined petroleum products, the GMD, who was represented by the Managing Director of Pipeline Product and Marketing Company (PPMC), a subsidiary of NNPC, Mr. Haruna Momoh, said these heinous acts not only adversely affected the capacity of Nigeria's oil and gas assets to function optimally, but have resulted in colossal product losses and cost of repairs of damaged pipelines.

Given the breakdown, he said, these over 34,047 breaks/ruptures were recorded in its pipeline networks in Gombe, Kaduna, Mosimi in Ogun State and Warri.

He said in 1999, when activities of vandals became noticeable in the PPMC operations, a total of 497 incidents were recorded.

The act, he said began progressively from Port Harcourt and Warri areas of PPMC operations and spread to every part of the corporation's network, resulting in 999 cases in 2000.

Further breakdown showed that between 2001 and 2004, the corporation recorded over 2,473 breaks across its pipeline networks, while 2,258 cases were recorded in 2005 alone.

The GMD said, aside from products losses and colossal cost of repairing the damaged pipelines, pipeline vandalism is harmful to our environmental and results in loss of human lives.

He explained that the corporation resorted to the use of marine vessels for crude oil deliveries to the refineries due to heightened incidents of pipeline vandalism, adding that the Port Harcourt Refinery operated for only 82 days in 2013 due to pipeline vandalism.

The NNPC boss urged the federal government to develop a national plan for critical infrastructure and key resources protection similar to the United States' National Infrastructure protection Plan (NIPP), pointing out that the US government recognised the critical nature of pipelines to national security and treats them as strategic national assets.

“The federal government should likewise declare the pipelines as strategic national assets and set up a special force to protect them”, he said.

As at 2010, the NNPC said it lost N174.57 billion in product losses and repairs of products pipelines within the last 10 years.