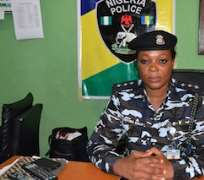 Pressure mounted by operatives on the Delta State Police Command on unknown gunmen who abducted four members of a family in the state resulted in the unconditional release of the kidnap victims.

Mrs. Tokunbo Oruma and her three children — Bryan Oruma (6), Gabriel Oruma (3) and Wendy Oruma (10 months), were abducted by kidnappers in the evening hours of 16 August at Ugborikoko area of Warri and drove then away in her Honda CRV Jeep to unknown destination.

Following the commencement of negotiations with the family of the victims, operatives of the Special Anti-Kidnapping Squad (SAKS), Asaba, trailed the kidnappers through the phone number with which they were negotiating for ransom with the victim's husband.

However, sensing that the Police Operatives were closing in on them, they were forced to release their prisoners unhurt and without ransom three days after their abduction.

The State Police Command Public Relations Officer, DSP Celestina Kalu, who confirmed the report in a press statement, said the victims have since been re-united with their family, adding that, efforts were on to apprehend the fleeing criminals.‎

‎
It was gathered that on 9 August 2014 at about 9:30 am, the ‎Divisional Police Officer in Otu-Jeremi Division received a distress call that the suspect was harassing and intimidating people of the community by shooting sporadically.‎

Items recovered from him include one Italian made pump action gun and f44 live cartridges.

The Command's Public Relations Officer, DSP Celestina Kalu, said investigation into the matter is in progress.