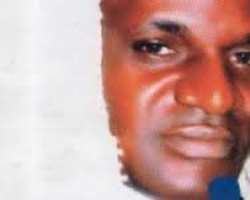 Fourteen  members of Ebonyi State House of Assembly members loyal to Hon Helen Nwobasi have been arrested by the Police in the State.

They were arrested Tuesday  morning outside the court premises.

They were in the court premises for the court case on the leadership of the assembly between their group and the Chukwuma Nwazunku led group.

The crisis started last three weeks when 18 of the 24 members of the house allegedly impeached speaker Chukwuma Nwazunku.

But Nwazunku denied he was impeached describing his impeachment as illegal.

He and nine  lawmakers loyal to him filed a suit asking the State High Court to restrain Nwaobasi from parading himself as Speaker.

The Nwaobasi group also filed a counter motion seeking to restrain Nwazunku as Speaker of the Assembly.

The court had fixed today for further hearing  on the suit which the 14 house members attended.

But the Police laid siege for them at the gate of the court and bundled them to the nearby State Police Headquarters.

The incident happened at about  10 am as they were leaving the court premises.

At the time of filling this report, they were still in detention at the command.

No reason have been given for their arrest at the time of filling this report.

Reporters were also chased out of the police headquarters premises by police officers on the orders of the Police Commissioner.