Victims may wait till 2015 for vaccine — WHO 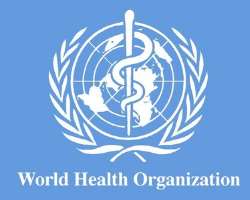 The World Health Organisation has said clinical trials of a preventative vaccine for the Ebola virus, produced by British pharmaceutical company, GlaxoSmithKline, may begin next month and be made available by 2015.

There is currently no available cure or vaccine for the virus that causes the severe fever and, in the worst cases, unstoppable bleeding.

Ebola has claimed close to 1,000 lives in the latest epidemic that was first reported in March and spread across West Africa. Fatality rate can approach 90 per cent, although the latest outbreak has reportedly killed around 55 to 60 per cent of those infected.

According to a French news wire, Agence-France Presse, the world health body's Head of Vaccines and Immunisation, Jean-Marie Okwo Bele, told French radio on Saturday that it planned to begin the clinical trials in the United States and Africa.

He added that he was optimistic about making the vaccine commercially available.

'We are targeting September for the start of clinical trials, first in the United States and certainly in African countries, since that's where we have the cases.

'We think that if we start in September, we could already have results by the end of the year.

'And since this is an emergency, we can put emergency procedures in place, so that we can have a vaccine available by 2015,' Bele said.

Several vaccines are being tested, and a treatment made by San Diego-based Mapp Biopharmaceutical, ZMapp, has shown promising results on monkeys and may have been effective in treating two Americans recently infected in Africa.

Meanwhile, three people on Saturday have been isolated at a Ghana hospital for showing symptoms of the Ebola virus.

The three persons are being kept at the Nsawam Government Hospital in the eastern region of the country for observation.

According to Myjoyonline.com, blood samples of the patients have been taken for laboratory test at the Noguchi Memorial Institute.

Among the patients was a 16-year-old girl who went to the hospital on Thursday with blood in her urine.

The second person, a 56-year-old man, also came to the hospital from a nearby village, Adawso, with blood in his urine.

The third patient was reported to have blood in his urine and faeces and was in a feverish condition.

He is a 53-year-old driver.
Meanwhile, the Ghana Health Service is awaiting test results of a Burkinabe, who was admitted at a health facility in Bawku for showing signs of the virus in the northern region of the country. Agency report