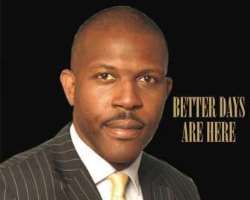 Reacting to the news of Dr. Abiye Sekibo's outright denial of any plans to defect to the AC and therefore grinding to a halt the proposed grand reception by the AC leader in the state Prince Tonye Princewill in his honour, after a decision by the NWC to allow him into the party was made in Abuja, the Women and Youth Wings of the AC in the state on Monday 16th November 2009, paid a solidarity visit to the Old GRA residence of the party leader in Port Harcourt to celebrate what they termed “the failure of a planned takeover bid of the Rivers State AC by Dr Abiye Sekibo and his ilk”.

Speaking at the occasion, the leader of the women's wing Dr E. Wele, said that Sekibo's denial validates the reservations they felt on receipt of the news of his planned defection to AC. She admitted that sentiments where such that most women members who were suspicious of Sekibo's intentions and motives had threatened to leave the party.

Speaking on behalf of the Youths, their leader Mr. Norisia Pepple stated thus “...without mincing words, we the youths were sad to receive news of the NWC decision to allow Sekibo into the party. We decided not to oppose outright this plan out of marked respect for our leader Princewill, who being a man with a great deal of respect for elders decided that the Party National Leadership be honoured. We decided however to seat back and watch events unfold and today we are glad that we have seen it turn out well for us”. Like Wele, he also expressed delight over Sekibo's failed bid to hijack the party machinery in the state.

The Women and Youth also used the opportunity of the visit to congratulate Prince Tonye Princewill on his recent appointment as Board of Trustees Member by the National leadership of AC as well as commend him for his crucial contributions to making the Chapter the most viable and visible among all the Chapters of AC in Nigeria.

In his response to the two Groups, Princewill thanked them for the visit and urged them to continue to keep faith with the AC Leadership in the State and support the Government of Rt. Hon. Amaechi, as the future will be great for Rivers State and her people. “As I always say, Rivers State to us comes first before any other calculations... Though surprised at Sekibo's actions in recanting after we concluded arrangements to mobilize and organise a befitting reception for him and others, I respect his decision and being like an elder brother to me, it would be disrespectful for me to deign to join issues with him in the media”.

While expressing surprise at the self exiled PDP Leader's denials of a well documented intent, Princewill described the uncontrolled outburst as unfortunate, “All this because we said welcome. Can one imagine how he would have reacted if we had said get out?”

We of the RS AC would also like to state for the records that our decision to welcome Sekibo with a Grand Reception and the ensuing statements in that regard where made in good faith. It is regrettable that Dr Abiye Sekibo will release a vitriolic statement denying all claims and unabashedly mudslinging and defaming the characters of persons who only meant well by wanting to accept him into a party he hitherto had fought hard to destroy.

More is the pity that he would also throw punches at the incumbent Governor of Rivers State Rt. Hon. Rotimi Amaechi; incidentally a card carrying member of the same PDP He Sekibo so assiduously lays claim to. Does that say well of the state of affairs in a party which in Sekibo's very words “... the Peoples Democratic Party (PDP) which has a serene and large enough umbrella to accommodate all.” He obviously has his grouse with Amaechi and should think of ways to bury the hatchet and become proactively involved in the trail blazing efforts of a man whose victory has been validated by the highest court in the land.

We wish to reiterate here therefore that our press statement was not inopportune but backed by verifiable facts though we learnt that Dr chicken out from fulfilling his desire to join AC on the threat and fear of reprisal by the dictatorial leadership of PDP to sack him as the Chairman of National Business & Educational Technical Board (NABTEB) but we will wait until such a time he will be a man enough to join AC.