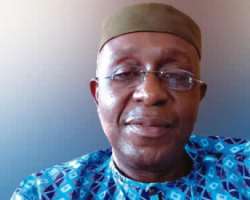 Barely three days after his appointment as the Minister of Education, a former Governor of Kano State, Mallam Ibrahim Shekarau, has swung into action with the resolution of the impasse between the Federal Government and Academic Staff Union of Polytechnics.

After over 10 months of inactivity in the technical education sector, members of ASUP on Saturday finally suspended their indefinite strike.

The suspension which was announced after the National Executive Council meeting of the union followed an earlier meeting with the minister.

The President of ASUP, Chibuzo Asomugha, confirmed the suspension of the strike in Abuja, where he added that the suspension was to give government time to look into their grievances again.

He therefore directed all striking lecturers 'to resume work with effect from Tuesday next week.'

As at the time of filing this report, it was however not clear if the Colleges of Education Academic Staff Union, which has also been on strike for the past six months had also called off theirs.

The ASUP NEC meeting which led to suspension of the strike came two days after the meeting of the leadership of the union with Shekarau who had pleaded with the union to end the strike while the contending issues would be re-examined by his office.

During the intervention meeting, Shekarau had reminded the striking lecturers of the implication of their action, which he said was not in the best interest of the nation.

He told Asomugha and his team, 'I want to appeal to the unions to prevail on their lecturers to go back to classroom while we come together and re-examine these grievances that has been raised.

'I make this appeal because the Polytechnic sector happens to be the engine room for national development hence it cannot afford to be under lock and keys for so long. Government is ever committed to the education sector and as a minister and with my pedigree as a teacher, I can assure you that government is committed to resolving these issues.

'Now that I have been briefed on some of the challenges, I will table the issues before the appropriate quarter where more holistic view will be given to them.'

Asomugha had at the meeting with Shekarau, raised the issue of Polytechnic Visitation White Paper, which had yet to be released by the Federal Government as some of the grievances of the union.

He also said they were worried by the non-constitution of Governing Councils of six Federal Polytechnics, including the report of the Needs Assessment of Nigerian Polytechnics which were yet to be implemented since 2012.

The ASUP President had equally bemoaned delay in amending the Polytechnic Act, adding that the last time such amendment took place was in 2004.

Asomugha confirmed the suspension of the strike in a telephone interview with our correspondent on Saturday, saying the union decided to suspend it after it considered the irrevocable damage being done to the system by the lingering strike.

He said, 'Yes, the strike has been suspended for three months, effective from Tuesday. We had a meeting on Thursday with the incoming Minister of Education, Mallam Ibrahim Shekarau. Then, our NEC met today (Saturday) and really appraised the progress of the strike and also the view of our student body. We also considered the intervention of the Senate Committee on Education, the House of Representatives Committee on Education, the Minister of Labour (and Productivity); and most recently, we also considered the pedigree of the incoming Minister of Education to suspend the strike.

'This would enable us to look into the issues involved with a view to passionately pursue the resolution of the issues involved in the shortest possible time. We believe that, considering the pedigree of the minister, the promises he has made, and the testimonies we have received concerning him, we have no reason to doubt his integrity and capacity to actually bring a lasting solution to the issues. We agreed to give all the intervening stakeholders the benefit of the doubt, especially the incoming minister, and then suspend the strike for three months, within which period we would be able to appraise the seriousness he would be bringing into the negotiation process,' he said.

In March, Asomugha said the strike, which started in October last year, had persisted because the Federal Government had failed to keep faith with the union regarding the 2009 agreement signed by both par. Punch