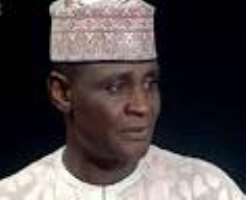 The Federal Government has been asked to probe the leadership of the Nigeria Football Federation (NFF) led by Alhaji Aminu Maigari, on how it managed all the financial resources running into billions of  naira which it received  in the last 24 months.

In a petition signed by a former Group Sports Editor of Thisday Newspaper and current publisher of Gongnews.com, an online news medium, Mr. Olajide Fashikun and addressed to the minister of sports Dr. Tammy Danagogo, the petitioner said he decided to call for the probe of the NFF leadership “as part of the desired changes which Nigeria’s sports deserves following the years of maladministration and loss of focus by those saddled with the responsibility of developing sports”.

The areas that Mr. Fashikun want the Federal Government to investigate include the $2 million paid by the Federal Government and $8 million paid by FIFA for the 2010 World Cup in South Africa as some players are still claiming that they have not received their share of the participation fee having played in the qualifiers without playing in the finals; the $1 million reserved by the Sani Abdullahi led board for the furnishing of the Sunday Dankaro House and secretariat of the NFF in Package B at the National Stadium, Abuja; the N790 million for the 2013 African Cup of Nations; the N170 million received for the 2013 FIFA Confederation Cup in Brazil and the money paid by FIFA for same.

The petitioner further wants the Federal Government to probe the $1.5 million grant given by FIFA to prepare the team, the Super Eagles for the 2014 World Cup; proceeds from the sponsorship deals with Globacom, Guiness, TomTom, Peak Milk and Adidas; N1.288 billion being the sum of the monthly subvention received from government from January 2013 to June 2014; N850 million received from government for the preparation and participation of the Super Eagles in the first round of the 2014 FIFA World Cup and the $8 million and $6 million expected revenue from FIFA for playing in the first round and qualifying for the round of 16 respectively.

He noted that if “Nigeria football must be saved and helped to progress without committing the same error in the future, and as a measure to prevent this from repeating itself, given as a deterrence, you must act in good faith”.

Mr. Fashikun, in the petition dated July 4, 2014, said since Football, is one of the 26 sectors under the purview of the minister and the for the fact that Nigeria are too emotional and passionate about football it was urgent that a probe be initiated to address the anomalies in the system.

He said “it is sad and unjustifiable that monies taken from the public till is being fritted away for unnecessary and under developmental purposes. That is why I am demanding from the minister of sports: an independent committee to probe the allegations or an investigation by a competent statutory institution”.

The petitioner stated that had the NFF board used the funds available to them judiciously “the eventual protest of the players that embarrassed the nation would have been avoided. The cost of that embarrassment cannot be quantified in money matters”.