'Why Are Most Human Beings So Powerless?' 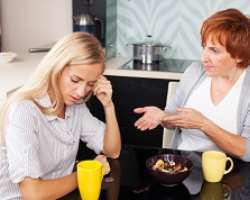 Human beings stand at the edge of extinction and yet few of us are mobilized in defense of human existence. Why is this? And what can we do about it? Unless someone lives in a cave secluded from all news, the evidence that human beings are in deep trouble - with violence in its many forms intruding on all aspects of our lives and threatening our very existence -is readily available.

Of course, you won't necessarily hear the news this bluntly from the mainstream media but even they must convey at least occasional and/or muted reports of military violence in many parts of the world and the threat of nuclear war over Ukraine, ongoing massive deaths by starvation in many parts of the world, vanishing ecosystems and species under our combined and unrelenting assaults on the natural environment and violence in many other forms, including in our homes and on our streets.

The information might not always be in the headlines but it is a recurring feature of 21st century news if someone takes the slightest interest in checking it. Given the threats, an aware person might ask 'Why so little action in response?'

Of course, the usual answers include such explanations as these: people don't necessarily 'know' (for one reason or another) and elites make considerable effort to manipulate people into believing one or more of these three things: it is the responsibility of governments (not ordinary people) to act, people can do nothing to make a difference and/or anything they do will be ineffective. Having people passive and dependent, rather than powerful agents of change, suits governments and corporations nicely: Social control is easiest in this circumstance.

However, explanations such as this, truthful though they may be, are superficial and obscure the deeper, psychological reasons why most people are so powerless.

At birth, a child is genetically programmed to use their many capacities, including their senses (such as sight, hearing and touch), feelings (such as thirst, hunger, fear, anger, sadness, happiness, pain and sexual arousal), memory, 'truth register', intuition, conscience and intellect to explore, learn about, understand and interact with their natural and social world.

Evolution intended children to become powerfully Self-aware individuals by doing this. However, if you want obedient adult subjects who passively accept social control, then it is simpler to work on rendering individuals powerless by stifling the development of their innate capacities during childhood.

Human socialization processes, which I call 'terrorization', including

parental practices and school, do this superbly: see 'Why Violence?'

http://tinyurl.com/whyviolence and 'Fearless Psychology and Fearful

Let me give some simple examples.
If a child is crying and you comfort them, you will (presumably unintentionally) scare them out of feeling their sadness when, in fact,

their crying is a functional response to something not working out as the child wanted and for healing from this event. The same applies to fear, anger and all other feelings.

Unfortunately, if we scare a child out of feeling their natural responses to events (by ignoring, comforting, reassuring, distracting, laughing at, ridiculing, terrorizing or violently controlling them when they express their feelings), the child has no choice but to unconsciously suppress their awareness of these feelings and they will not be able to identify the appropriate way forward: this reduces their power to respond functionally and powerfully to events in their life. And helps to create the passive slaves that elites want.

Another way in which we adults make children powerless is by endlessly thwarting the child's initiatives so that they learn that 'nothing works' or even that 'Mum/Dad doesn't want it to work'. If a child is thwarted often enough, they will unconsciously internalize the message that trying to investigate things for themself and trying to do anything in response to their own initiative is a waste of time and they will progressively suppress their awareness of the evolutionary urges to investigate and 'keep trying'.

So have a look around you and ask yourself this: 'Who do I perceive as being powerfully able to respond to what is happening in the world?' If you are like me, you see a lot of scared and powerless people (even though I spend considerable time identifying powerful people and working with them).

If you are one of these powerful people, then consider participating in 'The Flame Tree Project to Save Life on Earth' http://tinyurl.com/flametree or an equivalent sustainability initiative.

Powerful individuals must play the central role in shaping a human future that nurtures life on Earth. And while we are heavily outnumbered and under-resourced for now, as Gandhi once said 'A small body of determined spirits fired by an unquenchable faith in their mission can alter the course of history'.

Do you feel powerfully able to help 'alter the course of history'?

Robert J. Burrowes has a lifetime commitment to understanding and

ending human violence. He has done extensive research since 1966 in an effort to understand why human beings are violent and has been a nonviolent activist since 1981. He is the author of 'Why Violence?'