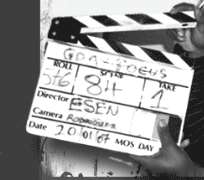 ORGANISERS of ZUMA Film Festival 2010 have disclosed the members of the jury.

The panel which comprises film makers, critics and the academic scholars is headed by Rahmatou Keita. Other members include, Prof. Adamu Abdalla Uba of Bayero University (BUK), Kano, Mr. Bond Emeruwa a film director and current President of Directors Guild of Nigeria (DGN), Mr. Jahman Anikulapo an art critic and Editor, The Guardian on Sunday and Dr. Femi Shaka of the University of Port Harcourt.

A release from the organisers of ZUMA Film Festival, the Nigerian Film Corporation (NFC) informs that members of the jury are set to arrive Jos, Plateau State soon to begin work on entries filed in for the 2010 edition of the festival.

Keita, originally from Niger Republic, was a journalist with several European television channels before becoming a film maker. She equally has been involved in writing and directing. She wrote the book, SDF, Sans Domiciles Fixe in 1993. The book is about the homeless in France. She has also earned credits in some short films as scriptwriter, producer and director. Among them are the TV series Femmes d'Afrique (Women in Africa).

Now a front-rank woman in African cinematography with her first feature film 'Al' Lessi.... an African Actress, awarded best documentary film in Montreal and at the FIFAI. Keita is noted as a committed militant of the African course. The founding member of the Panafrican Association for Culture (ASPAC) as well as a founding partner of Sonrhay Empire Productions which produces Off beaten track films currently works as a script writer, director and producer.

Emeruwa has carved a niche for himself in Nigerian motion picture industry as a dogged producer and director. He has to his credit, zeal and clamour for the professionalism of the industry through his activities as President of DGN. To his credit are several dozens of films especially in Nollywood where he is a key player.

Anikulapo, an active theatre practitioner, seasoned journalist and astute art critic has a specialty in film history and development. With a vast experience in the Nigerian motion picture industry through his writings in The Guardian newspapers, Anikulapo has immensely contributed to the internationalisation of the Nigerian motion picture industry through his constructive discourses and activism. Aside, being the Editor of The Guardian on Sunday, he is currently the Programme Chairman of the non-governmental, non-profit art intervention body, Committee for Relevant Art (CORA) – an association poised to promoting film and cultural development in Africa.

Adamu, currently, a lecturer in the Department of Mass Communications, BUK has a vast experience in media and cultural communications which he obtained over the years as a scholarstic researcher and practitioner. He was Chairman of Visual Ethnographic Productions, a Multi-media production company, with strong focus on cultural ethnography in 2007.

Dr. Femi Shaka, a seasoned film critique and tutor is also from the academia. He currently lectures at the Department of Theatre Arts of the University of Port Harcourt, Rivers State.