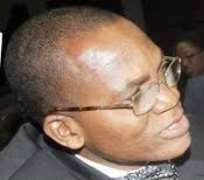 The Debt Management Office (DMO) will issue a bond totalling $100-$300 million aimed at the country's diaspora by the end 2014, the Director General of the debt office, said on Monday.

According to him, the DMO is“still working on it”.

“It will be a minimum $100 million and up to $300 million,” Nwankwo explained on the sidelines of an Africa debt forum.

Nigeria chose Stanbic IBTC and Goldman Sachs as lead managers of the diaspora bond in April.

According to a Businessday report, Nwankwo said the bond would be sold only to offshore diaspora investors, with no on-shore portion.

Nigeria has no current plans for a regular sovereign dollar bond, Nwankwo added.