By Republic of Equatorial Guinea 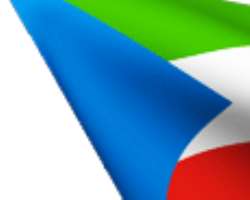 MALABO, Equatorial Guinea, June 30, 2014/African Press Organization (APO)/ -- Equatorial Guinea's President, Obiang Nguema Mbasogo (http://equatorialguineainfo.blogspot.com), asked African countries to invest heavily in their agricultural sector to decrease their dependence on the developed world, ensure food security, and significantly reduce hunger in their countries. He made his remarks at the closing session of the Assembly of Heads of State of the African Union (AU).

President Obiang said that Africa should reorient itself to ensure its independence and security of African states through the safe production of its own consumer goods. “Africa cannot be content to continue with the current dependence on the economies of the developed world. Africa is sailing upstream against a dependency that prevents them from moving toward sustainable development. Africa should rethink its relationship with the developed world to reduce as far as possible the gap that prevents access to development,” said Obiang.

“The development of agriculture can greatly reduce this dependence,” he said. “Africa can ensure food security and significantly reduce hunger in our countries. Africa should heavily invest in agricultural development to transform itself in order to accelerate growth to increase production and productivity,” said Obiang.

President Obiang proposed to the African Union the establishment of a program that focuses on the organization and exploitation of markets to promote trade and food security and to eradicate hunger, malnutrition and rural poverty. This will also reinforce the fight against climate change and agriculture.

He said that Equatorial Guinea is already investing in its agricultural sector. “As part of our diversification plan, Equatorial Guinea currently focuses on [agricultural] production to achieve these goals. It is imperative to ensure the security and stability of our states, since agriculture is the most vulnerable sector in times of instability, war and terrorism.” said Obiang

“It's no coincidence that this session focuses on the issue of agriculture and food security in Africa. We cannot talk about the development of Africa if there is no agricultural development to ensure food security and avoid lifelong dependence on imports of consumer products.”

He noted that Africa counts on the support of organizations focused on agriculture and ways to improve the sector, and urged continued support for those organizations.

“The African Union must recognize and financially support the structures of non-governmental organizations, businesses and institutions created in Africa to support agriculture, such as the New Partnership for Africa's Development (NEPAD).”

Obiang also urged his fellow Africans to prioritize South-South cooperation, a cooperation that respects the principles of equality.

“The last decade has marked considerable advancements of the African states. Many of them aspire to economic emergence in the near future. Nonetheless, the continent continues to be a victim of endemic diseases and insecurity that require a unified solution of the states.”

Obiang said it was a great honor for Equatorial Guinea to host the 23rd African Union Summit at “a moment that is crucial for the world nations as they struggle to find solutions to economic crises, security, hunger and poverty, and climate change that affect the world.” He said, “The participation of the heads of state and numerous guests in this summit shows the interest and commitment that Africa and its partners have to find solutions to current issues.”

A session on agriculture and food security under the slogan “Transforming Africa's Agriculture, for Shared Prosperity and Improved livelihoods, through Harnessing Opportunities” was held in the afternoon.

Distributed by APO (African Press Organization) on behalf of the Republic of Equatorial Guinea.

The Republic of Equatorial Guinea (http://equatorialguineainfo.blogspot.com) (República de Guinea Ecuatorial) (http://www.guineaecuatorialpress.com/noticia.php?id=590) is the only Spanish-speaking country in Africa, and one of the smallest nations on the continent. In the late-1990s, American companies helped discover the country's oil and natural gas resources, which only within the last five years began contributing to the global energy supply. Equatorial Guinea is now working to serve as a pillar of stability and security in its region of West Central Africa (http://www.flickr.com/photos/[email protected]). The country hosted the 2011 Summit of the African Union. For more information, visit http://www.guineaecuatorialpress.com.

This has been distributed by Qorvis Communications, LLC on behalf of the Republic of Equatorial Guinea. More information on this relationship is on file at the United States Department of Justice, Washington, D.C.