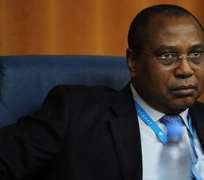 Figures released by the Nigerian Communications Commission (NCC) on the porters of telephone number in March and April this year indicated that more subscribers ported to Globacom's, network than other operators network.

A total of 3,212  subscribers ported to Globacom from other networks in March, while the number of subscribers who switched to Glo platform from other operators in April was 7,955, giving a total of 11,167 for the two months.

Airtel came second with a total gain of 8,565 for the two months.

The company gained 5,749 porting subscribers in March, while 2,816 subscribers joined it from other operators in April.

Etisalat was next with 3,016 porting subscribers in March, while its April figure was 3,280, making a total of 6,296 new subscribers it gained from other networks.

The figures were released on the NCC's website.
A total of 14,183 telecommunications subscribers engaged in porting-out activities across the networks in April, as against the 13,383 recorded in March.

The porting activities showed that telecoms users were most comfortable with the services of Globacom, hence, the movement of most subscribers from other networks to its network.

Etisalat, the fourth entrant into the GSM market, had hitherto been on the leading position among other operators on number porting, but has now been overtaken by Globacom.

The Mobile Number Portability (MNP) was launched on April 22, 2013 by the NCC, with the aim of deepening competition in the industry.

Number porting allows subscribers to move their phone lines from one network to another in search of better service quality, without losing their original numbers.