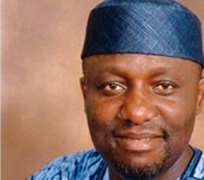 For anyone under the illusion that there are parts of the country that are immune to acts of terrorism that have been ravaging the north-eastern states of the country, the June 15 botched bombing of a church in Owerri, the Imo State capital, should quickly dismiss such thought. In fact, the stand-out lesson in that unfortunate incident is that other states, usually presumed to be safe, are equally vulnerable. This makes it imperative for governors of such states to take precautionary measures to prevent a deterioration of the security situation in their domains.

In what could have been another dramatic man-made disaster in the country, time bombs planted by suspected terrorists were discovered inside a church by the sheer vigilance of the security guards on duty at the church. The bombs were reportedly primed to explode at 8 o'clock, on a Sunday morning, when the church service would have been in full swing.

If the bombs had exploded, it is difficult to imagine the magnitude of the casualties that would have occurred. According to the Governor of Imo State, Rochas Okorocha, 'The bombs had the capacity to go within 500 metres range and would have been a disaster if they had exploded, as the church where they were planted is located at a densely populated area of the state.' Fortunately, the bombs were safely defused by bomb experts before the damage could be done.

In the sanguinary campaign of the Boko Haram sect, which has been blamed for most of the bombings in the northern parts of the country, churches have always been a preferred target. But, while it is difficult to say for now who was responsible for the Owerri incident, it should not be surprising that the perpetrators also picked on a church. The main objective of terrorists anywhere is to make the maximum impact, and attacking worship places, markets, train and bus termini, military barracks, schools and television viewing centres, among other places, fits the bill.

In the north-eastern states, which have been at the receiving end of most of the terror attacks, more than 12,000 lives have been lost, according to President Goodluck Jonathan. Even then, that number could still be viewed as conservative, given the rate at which people are being killed on a daily basis. Since the beginning of this year, there is hardly a day that people are not killed in their scores. Some whole villages have been wiped out by Islamist terrorists who have vowed to continue killing until the whole country, or, at least, the North, is Islamised.

This is why no stone should be left unturned to ensure that terrorism does not spread to those states that are considered to be safe for now. So far, the efforts of the Nigerian military to stem the tide of deteriorating insecurity have resulted in an abysmal failure. Even in states where a state of emergency has been declared, terrorists reportedly traverse large swathes of land in convoys of vehicles and motorcycles, and carry out mass killings practically unchallenged.

Reports have it that they sometimes operate for as long as six to seven hours, after which they return, triumphantly, with their war booty, which could be human or material. Right now, the country - and indeed the whole world - is still in a state of shock over the kidnapping of almost 300 girls of the Government Secondary School, Chibok, Borno State, who were preparing for their final examinations. More than 70 days after the girls were carted away as trophies of conquest, they have yet to be reunited with their anguished parents, despite the global interest in freeing them.

So, relying on the present security set-up has become very precarious. The situation calls for state and even local governments to do more than they are doing now, despite the fact that they do not have control over the police and other security apparatuses. Emphasis should be on intelligence gathering rather than trying to search every vehicle or person in a bid to establish who is a terrorist.

It is commendable that the Imo State Government has already taken some steps to safeguard the lives and property of the citizens. In particular, it is laudable that the governor was able to address the media, through which he assured the people of the resolve of his administration to place a premium on security. It should not be a one-off. It is something that every state government should be doing. No matter the situation, there is also the need for the people to be periodically assured and briefed by the government.

As the Owerri experience has shown, it was possible to stop the bombing because the security guards were vigilant and noticed suspicious characters, who came around the church premises. Nigerians should be more security conscious and should not hesitate to challenge, within the ambit of the law, or report anybody they suspect to be a security threat to appropriate authorities. Security is not the duty of the government alone. A lot can be achieved at individual and community levels.