#BringingBack The Songs That Predicted Our Current Situation 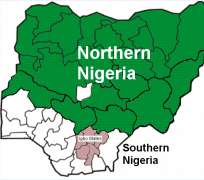 I love my relationship with my bed...no commitment. We just sleep together every night. I wake up and leave it, and back at night againNo commitment! PCD

The world cup fever is everywhere, so much in the last few days more prayers have been said for the Nation's soccer team than the Chibok girls, infact, there was an attack on the eve of the Nigerian match against Bosnia: It was barely reported.

Very few people are even bothered or concerned with the President's fact-finding committee's report. And its content.

I pondered on several immediate happenings--Nigeria won the Bosnian match, and after 8yrs hiatus Ayo Fayose is back in the driving seat in Ekiti state. The two occurrences to the Muslim, it is destiny, and to the Christian answered prayers.

So, what did I do, I brought out the vinyl plate, it was as fresh as yesterday, and the artiste was Fela.

What is a prophet? John lived in the wilderness and ate locusts, Hosea married a prostitute to illustrate the relationship between Israel and God. Ezekiel wrote some scary stuff which some say was about aliens. I think it's safe to say prophets are madmen.

Born into an upper-middle-class family. His mother, Funmilayo Ransome-Kuti, was a feminist activist in the anti-colonial movement; his father, Reverend Israel Oludotun Ransome-Kuti, a Protestant minister and school principal, was the first president of the Nigeria Union of Teachers.

His brothers, both late, Beko Ransome-Kuti and Olikoye Ransome-Kuti, both medical doctors, are well known.

Fela was a first cousin to the Nigerian writer and Nobel laureate Wole Soyinka, the first African to win a Nobel Prize for Literature.

Sent to London in 1958 to study medicine but decided to study music instead at the Trinity College of Music. While there, he formed the band Koola Lobitos, playing a fusion of jazz and highlife.

His songs were mostly sung in Nigerian pidgin English, although he also performed a few songs in the Yoruba language. Fela's main instruments were the saxophone and the keyboards, but he also played the trumpet, electric guitar, and took the occasional drum solo. Fela refused to perform songs again after he had already recorded them, which also hindered his popularity outside Africa.


He was a candid supporter of human rights, and many of his songs are direct attacks against dictatorships, specifically the militaristic governments of Nigeria in the 1970s and 1980s. He was also a social commentator, and he criticized his fellow Africans (especially the upper class) for betraying traditional African culture.

I have taken the pain to draw the picture of this imperfect man, but a prophet who like many in his generation had foreseen the decay. The likes of Tai, Achebe, Maitama and a few of old...reading the lines on Fela, one could not help ask where are Nigeria's principled men and women off course.

I tried to compare this weighty lines to today's lyrics, the jargons we listen and dance to, how today's songs and artiste are simply a reflection of a decaying society.

In the words of Kabiru Danladi, sharing a friend's observation: "no one understands the psychology of Nigerian masses like the PDP. If they want to 'win' an election they know how to do it. Our circle of poverty, lamentations, stupidity will go on forever. I have lost hope with any meaningful change in Nigeria. We don't have any problem, all these shouting we do on social media, in our places of work, in worship centres, inside commercial buses, at the market was a lie. We deserve Govs like Nyako, Babangida Aliyu, we deserve Diezanni, Madam Aviation, Bode George, Alam. Nigeria, we deserve to be cheated, we deserve to have bad roads, we deserve our polytechnics to be closed for 14 months, we deserve our PHCN. I wish I can just face MY own problems and ignore any other thing."

I have come to a sad conclusion, the dudes called Nigerians do not have issues, we are hard of hearing, all the noise of opposition party is what it is--Noise!

Jaafar S Jaafar captures it in--Ekiti Election: 'Matters aRICEsing'. "From what I heard from credible sources in Ekiti last night, I believe PDP's Ayo Fayose won the Saturday guber election fair-and-square. When people cry for change, nothing will change the voting pattern against their will. It has happened in Kano in 1983, 2003 and 2011. If people want change, rice (which both APC and PDP shared to Ekiti voters) cannot change their mind. Congrats Ayodele Fayose!

Back to the record that was playing on the turntable I nodded my head--as unknown soldier was playing, with Chibok, Ekiti, and super eagles on my mind.

[Chorus]
Unknown soldier!
Na him do am.

My beloved Nigerians, the circle has not come full, we are still D-banjing, Terry-Ging, but Fela said it, all this Jonathan is the problem, APC is worse, Lai vs Labaran, all na "Wait make I commot my dress", Na shakara. We call am shakara oloje.


Are we ready to change abi na Shakara--only time will tell.

with compliments
prince charles dickson
sent from my blackberry toy