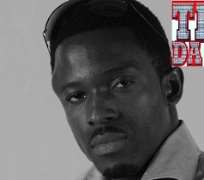 On-air-personality, Jedidiah Peters better known as Tito Da Fire, has explained that the reason why gospel music does not trend compered to secular songs in Nigeria is due to government policies regarding transmission any broadcast programmes.

According to the radio personality in an exclusive chat with Nollywoodgists.com, the National Broadcasting Commission regulates things done on radio and television and as such, determines when some particular things can be aired.

He explained that just like NBC determines what can or can't be broadcast, so also NBC guides religious broadcasts, so as not to whip up religious sentiments.

Tito who has been on and off the studios, says his fans should expect the best from him as putting all hands on deck to dish out the best rhythm soon.