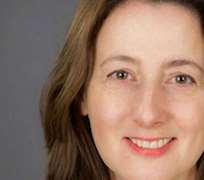 “Today's ruling is a shot across the bows for Shell” said Audrey Gaughran, Amnesty International's Director of Global Issues.

“The court's message is clear – if you don't take adequate measures to protect your pipelines from tampering, you could be liable for the damages caused.”

In a judgment delivered by Justice Akenhead, the London Technological and Construction Court found that short of providing policing or military defence of its pipelines, Shell was responsible for taking reasonable steps to protect them. This would include measures such as installing leak detection systems, surveillance equipment and anti-tamper equipment.

The ruling has opened the door for Nigerian claimants to demand compensation if oil leaks were a result of sabotage or theft – if the sabotage or theft was due to “neglect on the part of the [licence] holder or his agents, servants or workmen to protect, maintain or repair any work structure or thing.”

Yet within minutes of the judgment being delivered, Shell fired off a press release claiming “senior English judge rules in favour of Shell's Nigerian subsidiary”.

“Shell's representation of the facts in this case continues to beggar belief,” said Audrey Gaughran.

“Their response is typical of a company desperate to avoid being held to account for years of failure.”

Shell has consistently refused to disclose the age or condition of its pipeline. For years Shell has blamed the massive oil pollution associated with its operations on theft of oil and other illegal activities.

But the company has taken almost no effective action to prevent the theft of oil and secure its pipelines.

In a 2013 report, Bad Information: Oil Spill Investigations in the Niger Delta, Amnesty International exposed many of Shell's claims on oil pollution in the region as “deeply suspect and often untrue”.

Vulnerable infrastructure has been left exposed to vandalism and theft. And alarmingly, evidence emerged last year to suggest that even Shell's own contractors may be involved in oil theft.

Today's decision is an important milestone in the decades-long struggle for justice in the Niger Delta, where pollution associated with Shell's operations has had an overwhelming impact.

The ruling comes as part of a civil claim brought by people from the Bodo community in the Niger Delta. The community was devastated by two massive spills in 2008 and 2009 from an old and leaking Shell pipeline.

“For more than five years the people of Bodo have been living day by day with the devastating consequences of these spills,” said Joe Westby, Amnesty International's Corporate Accountability Campaigner, speaking from the court.

“Today's judgment is an important step towards justice for the deprivations this community has had to suffer.”

Amnesty International has been campaigning since 2009 for Shell to come clean on the environmental damage it has caused, which has destroyed livelihoods and jeopardised the health of thousands of people living near Shell's oil facilities in the Niger Delta.