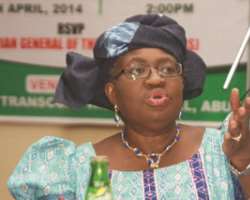 The Federal Government in Abuja on Thursday announced the release of N200 billion for the execution of capital projects for the second quarter of the financial year.

A statement issued by the Special Adviser to the Minister of Finance, Paul Nwabuikwu, said the release was in addition to N200 billion released in the first quarter.

The statement said that the total sum of N400 billion had been released so far and that the other 'approved' appropriations in the budget would follow accordingly.