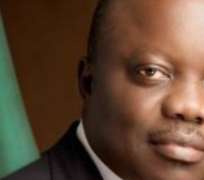 The Delta State Employment and Expenditure for Result project has earmarked $4 million (about N640 million) for the implementation of Fadama III in the state, Delta State Commissioner for Agriculture and Natural Resources, Misan Ukubeyinje, said on Tuesday.

Speaking in Udu, Udu Local Government Area of the state on Tuesday, the commissioner said the SEEFOR fund would be distributed to beneficiaries in five local government areas of the state and that the project would create jobs for youths and women in the council areas.

The programme is being funded by the World Bank, the European Union and the state government.

According to the commissioner, 49,500 beneficiaries are expected to benefit from the programme, which will run for five years.

Ukubeyinje said that the beneficiaries were the Fadama Users Groups and Fadama Community Associations in Udu, Bomadi, Burutu, Warri South and Warri South-West councils of the state.

The commissioner, who disbursed N21.6 million in cheques in the first tranche to 37 FUGs and FCAs, said the next tranche of disbursement would start soon.

Ukubeyinje commended the Governor Emmanuel Uduaghan-led administration for the prompt payment of its counterpart fund and urged the council chairmen to pay theirs.

The state Commissioner for Finance, Dr. Kenneth Okpara, thanked the World Bank and the European Union for making the fund available to the rural farmers.

Okpara charged the beneficiaries not to divert the funds to any other purpose outside what the fund was meant for.