US investors to construct gas-fired plant in Bayelsa 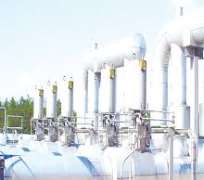 The United States (US) investors have begun a project to fast-track the realisation of gas-fired power plants in the country.

The investing group have signed a memorandum of Understanding with the Federal Government on the modalities of the project.

The minister of state for power, Muhammad Wakil, signed the deal with a five-man American investors, led by Mr Roy Yeferez.

The project will be located in Bayelsa State and would be funded wholly by the investors who are also expected to provide technical competencies for it.

Speaking at the event, the minister commended the determination of the team and their associate, Yeffet Mesika Group, for making it possible to realise the MoU, adding that their belief in Nigeria's potentials has underscored their reliability to deliver on the proposed power project.

He explained that the ministry already has an understanding with the Bayelsa State Government where the proposed plant, which is expected to be realised in no distant future, will be located.

The ministry's director, legal services, Mrs Adetutu Soetan, informed that the detailed proposal for the project is to be supplied by Messrs Yeffet Mesika, while other activities by the visiting team will include acquisition of a project site, discussion with relevant regulatory agencies that will facilitate the project execution.

Earlier, the leader of the delegation, Ron Yeferez, has described Team Africa signing of MoU with Nigeria as core to the corporate style of his group.

He said the MoU is the foundation for the development of some power projects and transmission lines while promising the groups positive contribution to the attainment of uninterrupted power supply to Nigerian homes and industries.

The investors where however, urged to ensure that indigenous engineers understudy the project execution, in order to have necessary skills to operate the plant on completion.